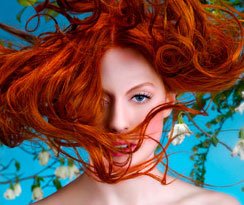 AOL announced this morning that it has acquired New York-based Pictela, a service that distributes promotional content like videos, photos, and coupons across top publishers such as AOL, Yahoo, Microsoft, Glam Media.

While the terms of the acquisition were not disclosed, a source told the Wall Street Journal it could be between $20 million to $30 million.

The company’s motive for the acquisition, it claims, is to add to its premium tools for advertisers and publishers, including its new interactive ad format dubbed Project Devil, which is slated to be rolled out by the end of March.

Advertisers are increasingly seeking ways of marketing to online consumers that go beyond standard banner ads and search-linked keywords.

As AOL pushes itself toward content and advertising, it has bought a slew of content-oriented companies such as StudioNow, 5min Media, and TechCrunch.

The 18-employee Pictela, which was founded in 2009, will remain in New York and operate as a separate group within AOL Advertising.