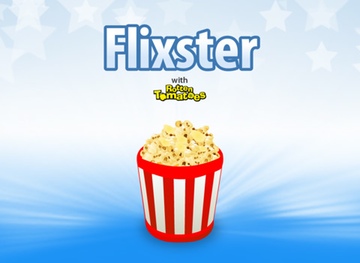 The sources say the acquisition talks are “substansive,” with a price range between $60 and $90 million.

If true, that’s a decent return on investment for Flixster, which has raised $7 million in funding from Lightspeed Venture Partners, Pinnacle Ventures and others. News Corp. last year received a 20 percent stake in Flixster, valued at around $12.5 million in stock,  in exchange for its Rotten Tomatoes property.

In addition to Yahoo, media giants are also eying Flixster (possibly including Disney), AllThingsD reports. The appeal of the site is obvious: Flixster is a popular way for entertainment consumers to share their love for movies and TV shows, so it could be a valuable community to own.

The deal would make sense for Yahoo in particular, as it has managed to gather attention from online movie fans with its exclusive trailer launches for upcoming movies. It’s always seemed strange that Yahoo premieres major movie trailers when it otherwise doesn’t have much of a presence in the online movie world. Snapping up Flixster and Rotten Tomatoes could fill that gap for Yahoo and potentially pay off big. (If Yahoo doesn’t manage to screw it up like it did Flickr and Delicious.)

News Corp.’s minority stake in Flixster doesn’t give it much influence in the company, AllThingsD points out — even though the head of News Corp.’s IGN gaming unit, Roy Bahat, sits on Flixster’s board. IGN purchased Rotten Tomatoes in 2004 and was then snapped up by News Corp. in 2005.