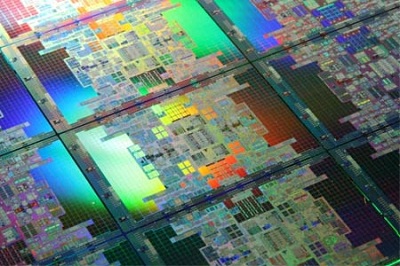 Oracle and Intel are in a high-stakes spat over the future of Intel’s Itanium chip. Oracle announced last night that it had stopped all development on Intel’s Itanium, a 64-bit heavy-duty computing microprocessor, because Intel expressed weak support for it. Intel’s chief executive shot back that Intel fully supports Itanium.

In a press statement, Oracle said, “Intel management made it clear that their strategic focus is on their x86 microprocessor and that Itanium was nearing the end of its life.” That’s a big blow to Intel’s high-end computing investments, since Intel has invested billions of dollars in the program since 1994. At stake is the future direction of the high end of chip technology.

Oracle has its own interests at heart. Oracle now owns Sun Microsystems, a hardware and chip business that is now run by co-president Mark Hurd, former CEO of Hewlett-Packard. While Oracle used to be a pure software company, now it makes hardware and chips that compete directly with Intel’s Itanium chip.

But the loss of Oracle will hurt Intel, as it isn’t the only one to abandon Itanium. Microsoft and RedHat abandoned making optimized software for Itanium last year. Microsoft said that last year’s Windows Server 2008 R2 was the last operating system to support the Intel 64-bit chip, while RedHat’s final support was Enterprise Linux 6.

HP-UX remains the only big supporter of Itanium, from an operating system view. HP dominates the market for Itanium-based servers. Talking to Cnet, Oracle CEO Larry Ellison said five years ago, “There is no more important platform for Oracle than HP and Itanium.”

During his own strategy talk last week, HP CEO Léo Apotheker didn’t say anything about Itanium. But HP still said Oracle’s move was “shameless gambit” to hurt competitors. HP also said it is continuing development on Itanium-based servers and will do so for the next 10 years and it said that Sun’s market share is failing.

“Oracle continues to show a pattern of anti-customer behavior as they move to shore up their failing Sun server business,” said Dave Donatelli, executive vice president and general manager, Enterprise Servers, Storage and Networking at HP. “HP believes in fair and honest competition. Competition is good for customers, innovation and the marketplace. We are shocked that Oracle would put enterprises and governments at risk while costing them hundreds of millions of dollars in lost productivity in a shameless gambit to limit fair competition.”

“We remain firmly committed to delivering a competitive, multi-generational roadmap for HP-UX and other operating system customers that run the Itanium architecture,” Otellini said.

The Itanium has had a long rollercoaster history. Started as a joint venture with HP in 1994, the first chip was a relic of an age when power consumption didn’t matter. It was supposed to debut in 1999, but the code-named Merced chip finally came out in 2001, just in time for the post-9/11 recession. Intel’s primary competition was its own 32-bit Xeon chips, which were faster at running 32-bit software than the 64-bit Itanium was. So the great migration of computing from 32-bit to 64-bit didn’t happen for the masses, as had originally been expected, and Intel added 64-bit technology into its Xeon line-up.

Intel continued to invest, challenging the shrinking number of players in the reduced-instruction set computing (RISC) computing business such as Sun Microsystems and IBM. Intel says that it is still attacking the $15 billion RISC market with Itanium. Meanwhile, Advanced Micro Devices seized its chance to get a foothold in 32-bit server chips and it has succeeded in grabbing a chunk of that market.

Intel’s new Poulson chip is slated to come out some time in the future, as will another one code-named Kittson. Otellini said those chips are on schedule.