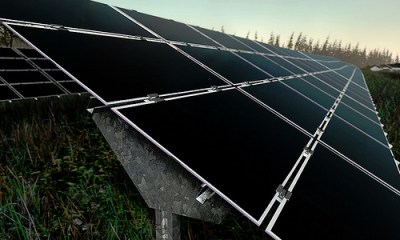 The new plant will manufacture thin-filmed solar power panels — photovoltaic cells that are more flexible and can be placed on most surfaces — that capture around 13 percent of the sunlight shining on the panel and convert the sunlight to electricity. The production process uses a cadmium-telluride crystal compound in the photovoltaic cell, which is a cheaper material than the polysilicon materials used in other thin-film solar cells — although it’s less efficient at capturing sunlight.

Most thin-film solar panel manufacturers make photovoltaic cells that capture 15 to 20 percent of the sunlight shining on the panel. Those panels typically use polysilicon materials or some combination of copper, indium, gallium and selenide (CIGS). SoloPower, for example, employs CIGS in its panels and recently closed a funding round worth $13.5 million. GE’s new plant will produce less efficient solar power cells, but they will theoretically be cheaper to produce and the production will be on a larger scale than other, smaller thin-film solar panel manufacturers.

GE recently acquired Converteam, a company that specializes in efficiently converting mechanical power to electricity. Converteam’s technology gives GE a way to improve conversion rates for its oil and natural gas power plants. But the technology can also be applied to renewable energy sources like solar power and wind power, which GE highlighted in today’s announcement.