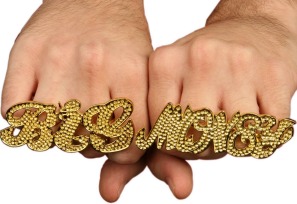 Venture capitalists invested the most in deals worth $50 million or more since the third quarter of 2001, pumping $5.9 billion into 736 deals in the first quarter of 2011, according to a MoneyTree Report released today by PricewaterhouseCoopers and the National Venture Capital Association.

Using data from Thomson Reuters, the study showed a spike of 5 percent in dollars invested and a 54 percent surge in later stage deals over the prior quarter, with almost all sectors showing double-digit gains.

The unwelcome news was that venture capital fell 11 percent in the number of deals made during the same period in 2010, when $5.6 billion was invested in 827 deals.Still, most of the stats are welcome news for an industry that had struggled at times in 2010 to prove it was no longer spooked by the credit crisis and was ready to jump back into the fray.

“The first quarter investment total is setting us on a path for a solid level of investing in 2011.  While we did see a drop in deal volume, the dollars invested remains strong,” said Tracy T. Lefteroff, global managing partner of the venture capital practice at PwC US.  “Accordingly, we’re seeing an uptick in average deal size, which hit $8.0 million in Q1for the first time since the first quarter of 2007.  And, in the first quarter, 14 companies received funding rounds of $50 million or more, with four of those deals worth more than $100 million.”

The software industry remained the single largest investment sector for the quarter, with $1.1 billion invested and 187 rounds closed. But this, too, saw the pinch of fewer deals, dropping 21 percent drop from the quarter prior, when 237 rounds were completed.

Other sectors that benefited from savvier VCs included the clean technology and Internet-specific categories, which both saw double-digit increases.
‘Internet-specific’ is a classification assigned to a company with a business model that is fundamentally dependent on the Internet, regardless of the company’s primary industry category.

Clean technology enjoyed a more than $1 billion dollar gain in the quarter, 26 percent increase in dollars poured in 69 deals, up from 62 in the prior quarter.

Its VC investments also included five of the top 10 deals for the first quarter of 2011.

On the flip side, although the Internet-specific category grabbed $1.2 billion for 171 deals in the first quarter, it also was hit by a 19 percent decrease in dollars and an 18 percent decrease in deals from the fourth quarter of 2010, when $1.5 billion went into 208 deals.

The 54 percent increase in later-stage investments is perhaps an early indicator that VCs are waiting to truly understand the businesses they are investing in before throwing money into the hottest new start-ups.

But despite the ups and downs of these numbers, overall the report bodes well for VC financing in 2011, said Mark Heesen, president of the NVCA, who said the community is finally investing prudently in the hopes of avoiding any sort of bubble around the sorts of companies VCs have been investing in.

“What we are seeing is a commitment to funding companies through the various stages of their lifecycles, even in the later stages when capital needs intensify substantially,” he added.  “What this deliberate and prudent pace of investment lacks in hype, it makes up for in sustainability, and we are very encouraged for the coming year.”