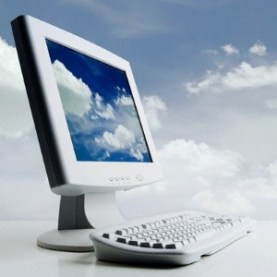 Virtual storage startup Nutanix came out of stealth mode today, officially announcing $13.2 million in a first round of institutional funding.

The company said it will take aim at the $20 billion market currently building private clouds for server or desktop virtualization and service providers building public clouds.

A NAS is a single storage device that operates on data files, while a SAN is a local network of multiple devices that operate on disk blocks.

The Santa Clara-based startup claims that it essentially “does away” with the traditional SAN/NAS dilemma, by building “Google-like” scale-out architecture that brings computing and storage into a single tier.

If workable in real-time, that would mean Nutanix has one-upped competitors like EMC Corporation, Cisco Systems, NetApp, VMware and Hewlett-Packard by bridging the gap between a company’s hardware and its cloud storage.

Nutanix said all its products are specifically designed from the ground-up for virtual servers and virtual desktops.

“[We] bring data close to virtual machines, delivering convergence through a combination of scalable software and industry-standard hardware components,” said Singh. “[That] architecture provides cost, performance and manageability benefits that are not possible through mere bundling of servers and storage.”

Singh was previously senior director of product management at Aster Data and prior to that worked at Oracle, where he was part of the early team that defined Oracle’s cloud computing strategy.

The company was founded in 2009 and already includes one well-known Silicon Valley investor, Mark Leslie, the founding chairman and CEO of Veritas Software, on its advisory board.

It received this round of funding from investors that include Lightspeed Venture Partners and Blumberg Capital.