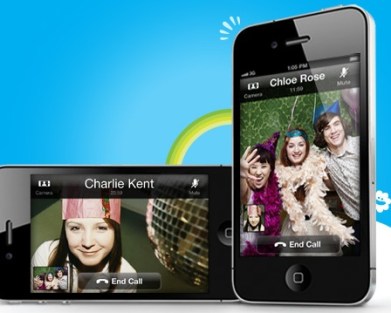 Editor’s note: This April 25-26, VentureBeat is hosting its inaugural VentureBeat Mobile Summit, where we’ll debate the five key business and policy challenges facing the mobile industry today. Participants will develop concrete, actionable solutions that will shape the future of the mobile industry. The invitation-only event, located at the scenic and relaxing Cavallo Point Resort in Sausalito, Calif., is limited to 180 mobile executives, investors and policymakers.

If there’s one 2011 prediction that a better part of the world’s communication and technology analysts are in consensus on, it’s the surge in consumer video calling adoption.

Undeniably, video calling is making its biggest strides into ubiquity yet, and here are 4 key factors indicating it will make it all the way:

Video calling can hardly be considered as a novelty. But even though it’s an old technology, it has struggled to resonate with the mainstream user, as most have thought of it as being intrusive and of trivial value.

However, with the advent of social networking there has been a noticeable change in the consumer mindset. Not only has the comfort level increased, but the popularity of services like Chatroulette and others have made video a vital component of the social medium.

For these young adults, social is the new black. They are perfectly content with publishing the most intimate and private details of their lives in a public online setting. Transparency and intrusiveness are two words that simply aren’t considered synonymous, and sharing, through video or otherwise, is perceived as something that enriches, rather than invades privacy.

Look for this new generation to be an imperative factor in the take-off for video calling.

About 10 years ago, when video calling technology was first integrated in the very first 3G-capable mobile phones, the user experience left a lot to be desired, posing an obvious roadblock on the way to ubiquitous uptake. It took a lot to even discern who it was you saw on that small low-resolution, pixel-heavy display.

Now, thanks to apps such as Telepresence m500 by Polycom, the user experience has been elevated while maintaining low-bandwidth usage. As opposed to most video apps today, which are limited in their ability to interface with the camera as they layer on top of your Smartphone’s OS, the m500 can control relevant hardware components and optimize for the best possible voice and picture quality.

Initially, Telepresence m500 is set to launch on the Samsung’s Galaxy Tablets and Smartphones, but is being planned for later migration to other devices also running Android.

A solid indication of a technology in trajectory for the mainstream is when it’s integrated across consumer electronic product categories other than the obvious. That’s precisely what’s currently happening with Skype’s video calling platform being embraced by the world’s largest OEMs in the home entertainment category, such as Panasonic, Samsung and now Vizio and Panasonic.

Made possible by a new set of APIs named Skype Kit, Sony and Vizio are now joining the ranks of Panasonic and Samsung with building Skype software into their range of TVs. In addition, the entrance of video into our living rooms is also manifested by integration of the software in Sony Blu-Ray players as well as Webcams, making the one-off investment significantly lower and further paving the way for video calling democratization.

A recent report from ComScore on U.S. mobile subscriber market share outlined 65.8 million smartphone owners in America alone as of January, 2011. Out of these devices, a preponderance are represented by models like the Apple iPhone 4, Samsung Epic 4G, HTC Evo 4G, Motorola Droid X, Motorola Droid 2 and Motorola Atrix 4G, all equipped with a high-resolution front-facing cameras.

Then we have the Tablets. A March IDC report states close to 18 million units in the Media Tablet category were shipped in 2010, with Apple accounting for an 83% share. Fast forward to present day and we have the eminent releases of the Motorola Xoom, HP TouchPad and RIM PlayBook all launching this quarter ready to do battle against Apple, whose second generation iPad allegedly sold out after its launch weekend. Loren Loverde, vice president Consumer Device Trackers with IDC, reports that world-wide tablet shipments are on track to reach an estimated 50 million units by the end of 2011.

With such a large number of smart devices capable of facilitating video calls in the hands of consumers, a Network Effect is achieved and a value and purpose is associated with owning a device equipped with a front-facing camera.

The democratization of tablets and smartphones is undeniable and coupled with increased comfort levels courtesy of the social networking boom, everything is in perfect place to suggest that a new era associated with the mainstream adoption of video calling starts now.

Andreas Bernstrom is the CEO of Rebtel, the world’s second largest mobile VoIP company. Prior to Rebtel, the Goldman Sachs alum was COO of Taptu, a leading UK-based mobile search engine, and TradeDoubler, Europe’s leading performance based marketing company. He submitted this story to VentureBeat as part of a series leading up to our Mobile Summit later this month.