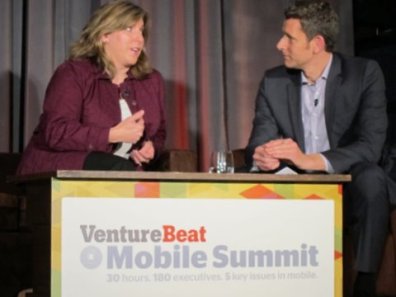 Verizon Wireless hasn’t seen too much trouble with its 4G LTE deployment, according to the company’s VP of network operations Nicola Palmer.

In a chat with VentureBeat’s Matt Marshall at our Mobile Summit today, Palmer said that she had expected the Ethernet backhaul upgrades for Verizon’s network to be a problem, but thanks to assistance from telecom and cable companies, those upgrades have gone smoothly.

But other problems that the company didn’t initially foresee did erupt: For one, Palmer says, negotiations with land owners to increase deployment of its network have led to issues. She also stressed that the upgrade to LTE involves a complete change of equipment from Verizon’s existing 3G network — hinting that the process is intensive, but Verizon should be praised for handling it so well.

She also didn’t hesitate to throw a slight dig at AT&T, saying that Verizon’s “core DNA” is reliability and not dropping calls. AT&T over the past few years has faced criticism for its network’s flakiness, especially from data-hungry iPhone owners.

Palmer went on to discuss how much more open Verizon is now, compared to its more shuttered past. That closed environment has served the company well in the past, but now it’s “flipping that on its head.” For one, Palmer said that the old Verizon would never have attended an event like VentureBeat’s Mobile Summit.