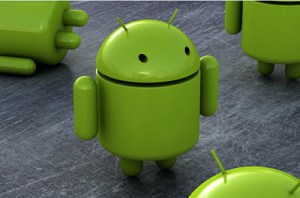 Android did overtake iPhone quite quickly. Nielsen did the same study in July-September 2010. During that time, 33 percent of consumers wanted an iPhone and 26 percent wanted a device with Android operating system.

Desirability can also be seen in consumer behavior. Half of all smartphones purchased in the last six months are using Google’s Android operating system.

iPhone’s share among the recent acquirers was 25 percent, RIM’s 15 percent and Windows Phone 7 had a 7 percent share. The total installed base of smartphones is also dominated by Android — 37 percent of all smartphones in the U.S. are Android phones. Apple’s market share is 27 percent and RIM BlackBerry’s 22 percent.

One thing that could explain Android’s popularity is the variety of available Android smartphones. There are Android phones in multiple price categories and features vary from basic entry-level phones to the latest state-of-the-art smartphones.

Apple offers only high-end iPhones and that possibly explains the difference in desirability and new phone sales in Nielsen’s data. The iPhone is desired by many, but there are an overwhelming amount Android phones that are more affordable, as well as some that offer more features.