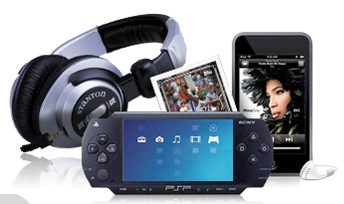 A startup called Swagbucks says it has found a growing audience and real revenue for its website where users can earn virtual currency and rewards for performing basic online tasks.

The concept sounds a bit similar to Lockerz, a Seattle startup that has the backing of renowned venture firm Kleiner Perkins Caufield & Byers and is in the process of raising a large round of funding. Swagbucks isn’t as well-known in the tech world, and its hasn’t raised any venture funding, but it’s still reporting some pretty good numbers: The company said it earned $10 million in revenue in 2010 and has around 3.3 million registered users.

Swagbucks has gone through a couple of “pivots” as it experiments with different models, said co-founder Scott Dudelson, but it arrived at its current version, launched the rewards site three years ago, and revenue has been growing steadily since then. Before making $10 million last year, Swagbucks brought in $6 million in 2009, and $3 million the year before that. Dudelson said Swagbucks is on-track to earn $15 million this year.

The site’s appeal to users is pretty straightforward. Users perform basic tasks like searching the Web, taking surveys, and watching videos. Then they’re rewarded with a virtual currency called “swag bucks” (naturally), which they can redeem for different prizes.

Dudelson said there’s probably an “overlap in the fanbase” with Lockerz, but where Lockerz places an emphasis on users in their teens and twenties, Swagbucks was conceived with the “head of household” “coupon cutter” in mind. That group still makes up about 60 percent of the site’s userbase. The other 40 percent consists of a younger demographic, and Dudelson predicted that the percentage of younger users will grow once Swagbucks follows through on its plan to open to outside developers, who can build games and other applications that use Swagbucks’ rewards programs.