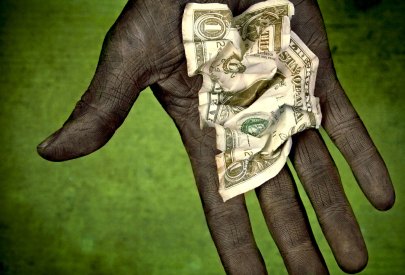 Henry Ford once said that a business that makes nothing but money is a poor business. Impact investing takes that idea to a new level.

Impact investors look for businesses that have a positive social or environmental impact as well as the potential for financial return. These enterprises can be anything from schools to mobile carriers serving the poor. Can profit-led companies solve social problems? Impact investors think they can.

One of the pioneers in the field is the Omidyar Network, created by Pierre Omidyar, the founder of eBay, and his wife Pam. Amy Klement, who leads Omidyar Network’s Access to Capital initiative (and previously headed up payments at PayPal) told me that Omidyar’s approach to philanthropy was formed by eBay. “By providing tools and a platform, he saw what people could do with opportunities. Ebay created more than 1 million new entrepreneurs” Klement said.

The Omidyars initially created a non-profit, family foundation but quickly realized that this imposed a lot of restrictions. It was very difficult to make for-profit investments in social enterprises. “According to the tax laws, if something is a business it can’t be for good.” explained Klement. “Through eBay the Omidyars had seen that businesses can have social impact and lasting social impact. They are sustainable, they are scalable in a way that non-profits generally aren’t.”

So the Omidyars created a new organization that could invest. The network uses a range of tools including non-profit grants, direct equity investments and debt investments, and it also invests in funds like the Ignia venture capital fund (which I’ll get to shortly). It has made grants to, or invested in companies like Wikipedia and P2P microfinance lenders Kiva.

Profit and loss is easy to measure, but how do you measure social impact? Klement explains. “We look at reach and engagement. Reach you can think of as breadth — the number of lives touched. And there we look for scale. We want to touch hundreds of thousands, if not millions, of lives. Engagement is depth — to what extent are we touching those lives. How deep is the impact?”

One of the network’s current investments is in Bridge International Academies, a chain of schools based in Nairobi, Kenya, and founded by an ex-technology entrepreneur. “He founded this school-in-a box model. It’s a highly replicable franchise model where he can scale these schools quite quickly. The education system in Kenya is completely broken. Teachers show up about 50 percent of the time. Even when they do show up, the average teaching time per day is about 90 minutes. The free government schools are not really free by the time people pay for uniforms and supplies and often bribes to the teachers,” said Klement.

The Bridge International schools cost less than $4 per pupil per month, which is in line with the costs of the government schools. There are now 25 schools making Bridge International the largest chain of schools on the African continent, and that will expand to 100 by the end of the year. Within 5 years the schools will serve a million children.

Another investment is D.light which makes solar lanterns to replace kerosene lamps. Kerosene causes millions of burns a year and serious respiratory problems. One use is equivalent to smoking 2 packs of cigarettes. D.light has shipped more than a million lanterns to India, Africa, and Haiti and is poised for exponential growth.

Klement told me that once you screen for social impact, this type of investing is similar to traditional VC investing but “We are prepared to take more risk because we are entering markets that are less developed” like India and Sub-Saharan Africa. The network invests in the range of $1 to $3 million per deal. The Omidyar Network is also one of the investors in the $100 million Ignia fund, a VC fund based in Mexico that invests in businesses that provide products and services to bottom-of-the-pyramid (BOP) people, the poorest sector of society, but expects venture capital-level returns.

I asked founder Álvaro Rodríguez Arregui why he started the fund. “There is tremendous lack of access to basic, quality products and services in the base of the pyramid,” he said. The poorest people often pay over the odds for goods and services. If you don’t have a credit history, you can’t get a post-paid mobile phone plan, and pre-paid minutes are a lot more expensive. If you live in an area with no electricity, you have to pay someone more to charge your phone.

Ignia’s definition of positive impact is the following: “If you provide this product or service to the BOP, will it improve their quality of life? The way we define our impact is providing access to basic products and services to as many people as possible as soon as possible. The only way to grow as fast as possible is through returns. The more profitable you are, the faster you grow and the faster you deliver on your mission.” Ignia invests in a range of sectors from healthcare to financial services and telecommunications.

Rodríguez Arregui started fundraising for Ignia in November 2007. It was a challenge. There was the small matter of the financial crisis, and Ignia invests in a company for up to 15 years, a longer horizon that most investors are used to. But there was a more fundamental problem. “We are at the intersection of VC and impact investing. The biggest challenge was definitely fund-raising because not many people believe that intersection exists. Because of the way we have been educated, we believe that it is either impact or returns and that there is a conflict between those two. There is an embedded philosophy which is ‘profit is bad’. We don’t believe that is the case.”

“I am a huge believer that businesses with purpose end up being significantly stronger than those that don’t have a purpose. I am convinced that when you wake up in the morning every day to try to address a mission, it’s a much stronger motivator than when you walk into the office every day and just want to make a buck,” he said.

It’s early days for Ignia, but its star investment Finestrella has grown 9-fold in the last year. Finestrella provides affordable, post-paid mobile phone plans to the BOP. 86 percent of people in Mexico have pre-paid mobile phones and they generally don’t make outgoing calls due to the high cost of pre-paid minutes. Outgoing calls are made on public pay phones which are much cheaper. BOP people still spend up to 30 percent of their income on telecommunications.

Finestrella has defined a set of algorithms that it uses to assess the creditworthiness of people who don’t have an official employment history, bank account or credit rating. If they meet the criteria, customers are offered a post-paid mobile phone plan at much lower rates than pre-paid. Their mobile phone usage generally increases but they pay less overall.

Finestrella started in 2010 and will have 35,000 customers by the end of this year. It already has $8 million in revenue (which is considerable in a country like Mexico) and is growing exponentially. The target is to have 800,000 customers by 2015.  Two Silicon Valley VC funds with no impact investing mandate,  Storm Ventures and Bay Partners, have also invested in Finestrella.

A member of Ignia’s investment team, Joshua Motta, explained why BOP businesses can make excellent returns. “Those activities which have the highest financial returns tend to have the highest social returns. Major corporations and even entrepreneurs have overlooked the BOP segment of the population and dismissed them outright simply because of their low earning power. But aggregated (BOP is 70 percent of the population in Mexico), the BOP actually has a huge amount of disposable income” according to Motta.

Motta maintains that corporations often don’t understand the needs of the BOP and just sell their standard products more cheaply in emerging markets. This strategy is often ineffective. Procter and Gamble discovered this with its detergent. “In Western markets the quantity sold per unit is quite large. The BOP can’t afford a gallon of detergent. What P&G discovered was that if it used smaller packet sizes, literally single-use tablets, it was able to sell substantially in the BOP,” said Motta.

I asked Klement and Rodríguez Arregui what trends they see in impact investing. Both see momentum picking up and more money coming into the sector. Companies like Wells Fargo and JP Morgan are putting money into this new asset class. Rodríguez Arregui thinks that a lot of the talent in the social investing world comes from the non-profit sector rather than business and that more business expertise is needed.

Finally, Rodríguez Arregui explained that people need to be very clear on why they want to get into impact investing. “Do you want to do good, or do you want to feel good? It’s much easier to feel good by giving away meals to starving kids in Sudan, but you are not going to solve any systemic problem in the world by doing that. The outcomes of impact investing are much more long-term. This is business, and business is messy and you have to make hard decisions. When your only purpose is to feel good, you are not willing to make those hard decisions,” he said.

Photo from The Eleos Foundation