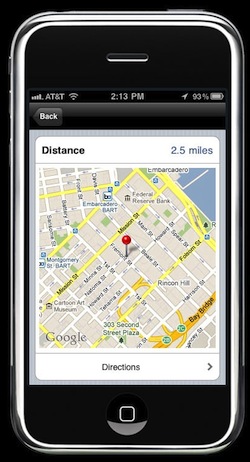 It looks investors are buying into LiquidSpace‘s vision for connecting mobile workers with workspaces — the Palo Alto, Calif. startup just announced that it has raised $3.6 million in its first institutional round of funding.

The mobile application isn’t just aimed at workers who don’t have an office, but also people who have one but spend a lot of time away from it, and so feel as at home working at a coffee shop as they do at their “real” desk (I’m part of that second group). LiquidSpace users open up the app to find and reserve a nearby workspace that meets their needs at the moment. Those locations can include public spaces (like a Starbucks with WiFi), paid spaces (like a co-working office or any other building where you can rent some desk space, even if only for a few minutes), and private spaces (which are only open to employees of the same company or to approved guests).

After launching a promotion in March where attendees of the South by Southwest conference in Austin could locate pop-up workspaces, LiquidSpace is currently in limited testing in the San Francisco Bay Area. The company says it has currently signed up four workspaces, including RocketSpace, NextSpace, and the Pacific Business Centers in San Mateo and San Francisco.

The round was led by Shasta Ventures, with participation from Mike Maples Jr.’s super-angel firm Floodgate. The company previously raised $1.3 million from Floodgate and the Greylock Discovery Fund.