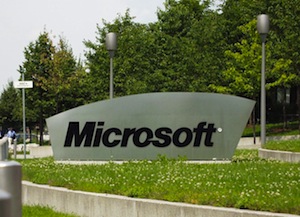 Microsoft plans to preview new Windows-based tablet software at next week’s All Things Digital D9 conference, according to a report by Bloomberg.

Windows President Steven Sinofsky is scheduled to speak at the D9 conference and let loose all the details. The software will work for touch-screen devices running hardware with Nvidia’s Tegra chip that is intended for tablets. The dual-core chips are a smart choice for mobile devices because they offer a good mix of power and long battery life.

Various Windows-based tablets have been released in the past but all models pale next to the popularity of the Apple iPad, the clear leader in tablet sales with more than 19 million sold thus far. Several Android tablets like the Samsung Galaxy Tab and the Motorola Xoom also provide a good measure of competition.

The biggest hindrance to a Windows tablet achieving popularity before has been software. Microsoft never released a touch-specific version of Windows for tablets, so using one of those devices was frustrating and unfriendly for fingers. Hopefully the software we see next week will take many cues from the easy-to-use Windows Phone 7 platform.