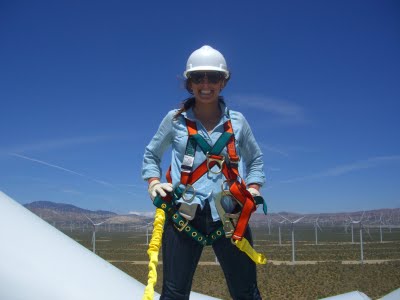 Google is still bullish on wind energy. The company said today that it’s invested an additional $102 million in the Alta Wind Energy Center, bringing its total investment in the wind power farm to $157 million.

Google previously invested in the Alta IV project, which would generate 102 megawatts of power. This time the company is investing in the Alta V project, which will generate an unannounced amount of power. The deal does not involve a power purchase agreement — meaning Google is only investing money in the project because it believes it will generate some kind of financial return. The first several projects in the Alta Wind Energy Center are already complete, and the wind farm is generating 720 megawatts of power.

Google and Citi are purchasing the Alta V site from Terra-Gen, the original manufacturer of the project, and will lease it back to Terra-Gen as part of the deal. Terra-Gen will operate and manage the wind farm under a long-term agreement.

This wind farm might bring California more in line with other states in terms of wind energy usage. Though the state is known for its leaning toward renewable energy, it only harnesses the third most wind energy in the United States at 3,179 megawatts of power, according to the American Wind Energy Association. Texas is the largest provider of wind power, generating 10,135 megawatts of power, while Iowa is the second largest with 3,675 megawatts of power worth of wind turbines.

The Alta wind farm will be one of the largest of its size, generating a gigawatt of power when all scheduled projects are completed by the end of the year. The Alta Wind Energy Center will generate 1.55 gigawatts of power when every project is completed and the wind power farm is fully online.