Moneyball is hardly a new book. Written in 2003, it’s back in the spotlight these days as anticipation builds for the Brad Pitt-starring movie adaptation in September. But while sports and Hollywood might be the big focus these days, there are several lessons startup owners can take away from the story. 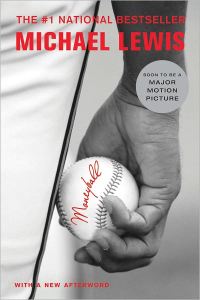 Author Michael Lewis explains how a baseball team applied analytics to compete with wealthier competitors and, in the process, changed baseball. It’s a rare case study for entrepreneurs showing how analytics can enable them to identify and execute a disruptive strategy in virtually any market.

Billy Beane, general manager of the Oakland A’s, took advantage of new sources of data to help pinpoint weaknesses in what had long been the standard approach in baseball, based mostly on intuition and rules of thumb. Beane determined which attributes really contributed to winning games, enabling him to snap up undervalued players and trade away the overvalued. The result: He competed with the Yankees, a team that had three times his budget for acquiring talent.

Despite the book’s age, its lessons are timely because virtually every business today has access to a treasure trove of data sources—such as the explosion of mobile and social applications, and their data exhaust—that it can use to compete disruptively. And Lewis has an amazing gift for both captivating readers and enlightening them about how things really work.

Here are the points that worked for the A’s in a way that any business can apply.

Challenge convention.
Every industry has rules and conventions worth challenging. Google changed search by looking at data correlating to documents rather than at text analysis, the industry standard. Netflix figured out how to monetize the long tail of movies rather than following Blockbuster’s mega-hits model. In your market, what’s the biggest element of waste your customers and employees face? If you had perfect information and could fix that problem, how big would the payoff be? Billy Beane could no longer afford to hire talent that didn’t generate wins. Because his team had a limited budget, he had to find another way.

Look for data or create your own.
The data that the A’s used to spot inefficiencies was widely available, so you’d think every team would have acted on it. Instead, many teams hired data analysts but then ignored their advice. Finding a breakthrough answer is easier than finding the will to capitalize on the new insights. Therein lies a great opportunity for entrepreneurs: They can start with a clean slate.

The A’s got their data from a baseball enthusiast (and night watchman) named Bill James, who brilliantly perceived that baseball stats failed to determine what really affected the outcomes of games. Look for people like James in your market who track interesting data sources or who have counter-market views on how the industry should work. Or develop your own data and data crunchers.

No PhD required.
The A’s had a college graduate with a degree in economics do most of their data crunching. You don’t need an expensive statistician to start; you need someone good with spreadsheets who can do basic statistics and regressions analysis such as a bright economics major college grad.  If the opportunity is big and untapped (important for a bootstrapped entrepreneurial venture), simple tools will help you spot it. You can bring in experts to squeeze out incremental value later.

Less money is more.
It’s no accident that one of the league’s poorest teams came up with this revolutionary approach. Developing and applying analytics is not expensive, but it does require time, focus, and willingness to make changes. This too favors bootstrapped companies – modest capital dictates a different approach.

Look for runs, not wins.
It would have been difficult to create a model that simply predicted wins—too many variables affect the final score. Instead, Beane focused on the most important variable: runs. Statistics showed that if you generate more runs, you usually generate more wins, allowing Beane to focus on what created runs: avoiding strikeouts and getting on base. And so on-base percentage became the stat to manage: Walks, relatively unimportant before, increased in value. Base stealing was discouraged; the risks outweighed the gains.

In your business, what is a major variable that can lead to a good outcome? Think about who’s likely to read your content, go to your site, or attend your webinar. Focus, not just on predicting what delivers the outcome you seek, but on predicting what “moves the ball forward” more efficiently.

I’ve used analytics successfully in multiple ventures. In my prior career as an M&A banker, I developed a model to predict when a company would likely pursue a sale, based on variables such as the founder’s prior success, and the business’s revenues and growth rate relative to the market. Using this model, we invested in and spent time with founders most likely to benefit from our experience in commanding a high exit value. The results were stellar.