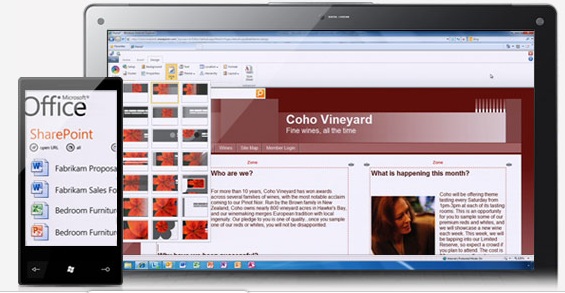 Microsoft’s online office suite, Office 365, finally hit the streets Tuesday. But it’s about five or six years too late to the cloud-based office software game and unlikely to provide much benefit to smaller and mid-sized companies, according to a number of executives of large enterprise software providers.

Larger companies are more comfortable with software that has been around for a long time, Collins said. It’s easier to get a huge company with 20,000 employees to spend $10 million on an Office productivity suite rather than experiment on newer pieces of enterprise software like online collaboration software Yammer, he said.

“Microsoft has relied on CIOs that can spend a $100 million IT budget without thinking,” Collins said. “The Internet has changed distribution and individuals just buy software that makes sense to them.”

But most startups and smaller enterprises employ a host of smaller enterprise software providers, like Box.net and Yammer, rather than a single productivity suite like Office. Those services are designed with the end-user experience in mind and are much more user-friendly, adopting lessons learned from social networking companies like Facebook and Twitter. Services like Box.net and Yammer are also typically much cheaper than deploying large office suites like Office 365 and offer their users many more options.

Salesforce.com markets its products toward the entire spectrum of enterprises, Collins said. But when the company is designing new elements for its software, such as its online collaboration software Chatter, it develops it with smaller enterprises in mind. That’s because many smaller enterprises today are employing workers just out of college that will move on to become the next wave of office workers, he said.

“There’s a lot of people coming out of college and universities and they walk into companies, and it’s like a computer science museum of crap they need to work with,” Collins said. “They’ll say, this is just not the way that I work with people, and they’ll feel lost.”

Office 365 isn’t going to win the hearts and minds of the next generation of office workers, said Scott Weiss, an investor with VC firm Andreessen-Horowitz who focuses on enterprise software. Office 365 will mostly feature incremental improvements, but it won’t have the kind of breakthrough features like Google Apps brought to market when it launched, he said. And that isn’t because Microsoft is late to the cloud game — it’s because massive suites like Office just aren’t sustainable any more, he said.

“If Office was awesome and perfect, the fact that it’s delivered in a browser wouldn’t even matter,” said VMWare chief technology officer of cloud apps Javier Soltero. “The fact is that office suites like this have just run out of gas.”

Office 365 should be relatively successful because Microsoft has a huge reseller network that it has to plow through before it’s able to bring a new product to the market. That’s a large part of the reason why Microsoft has been so successful in selling new versions of its Office software. There’s a large food chain that benefits from reselling and integrating applications with Microsoft’s Office software, Soltero said.

That’s also the reason why it took Microsoft more than five years to finally release a cloud-based office suite. The whole suite has to serve as an anchor for its other business software rather than an innovative new class of software, said Aaron Levie, CEO of cloud storage provider Box.net.

“Everyone in the consumer world hasn’t yet used this cloud term — your girlfriend, your kids, your grandmother — but that term is now out there in a totally different world and it’s forcing people to rejigger how they think about stuff.”