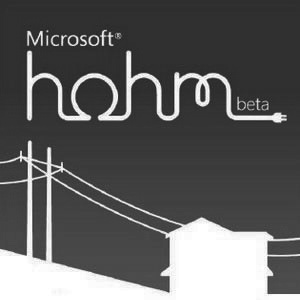 Microsoft on Thursday said it will turn the lights off on Hohm, an electricity-monitoring tool intended to help people find ways to reduce power consumption. Hohm will go dark on May 31, 2012.

“The feedback from customers and partners has remained encouraging throughout Microsoft Hohm’s beta period,” the company wrote in a blog post. “However, due to the slow overall market adoption of the service, we are instead focusing our efforts on products and solutions more capable of supporting long-standing growth within this evolving market.”

The announcement comes only days after Google announced it was pulling the plug on PowerMeter, its own electricity monitoring tool. PowerMeter will be retired even earlier, on Sept. 16.

Google also cited low usage rates as the reason for shutting down its PowerMeter product. Because the two products were so similar and lagging in customers, it appears both Microsoft and Google were simply waiting for the other to blink first — a game of green chicken, if you will.

Despite shutting down Hohm, Microsoft said it will “continue to focus on developing products, solutions and partnerships that span a wide spectrum of industries, such as power generation, distribution grids, buildings and transportations systems.”

Are you a user of Hohm? Will you be sad to see it go?