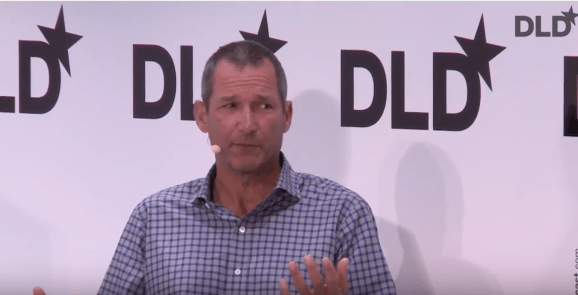 Jeff Jordan, former chairman and CEO of OpenTable, has joined Andreessen-Horowitz as the firm’s fifth partner.

Jordan formerly led online auction site eBay to its acquisitions of PayPal and Half.com as the company’s general manager. He then led PayPal as President before going on to OpenTable, a site that lets people reserve tables at restaurants through a slick web interface. It looks like Jordan has some experience making big-time deals based on his history with PayPal and OpenTable, which is now a publicly-traded company with more than 200 million diners served.

Jordan’s first investment is a $5 million drop into LikeALittle (or LAL), an application designed to help individuals connect with people in their immediate vicinity. You know, the same kind of goal Color was shooting for with its photo-sharing application. The app was originally designed as a tool that let college students flirt with each other.

Andreessen-Horowitz, while new, is one of the top venture capital firms in Silicon Valley. The company has funded Web 2.0 giants like Groupon and Facebook as well as news aggregator Digg and photo-sharing app Instagram. Marc Andreessen, the entrepreneur who co-founded the first significant Web browser Netscape at 22, joined Ben Horowitz to form the firm in 2009.

The venture capital firm recently added enterprise pro Peter Levine in March. He was brought on board to focus on mobile enterprise technology — the kind developed by companies like cloud storage provider Box.net.