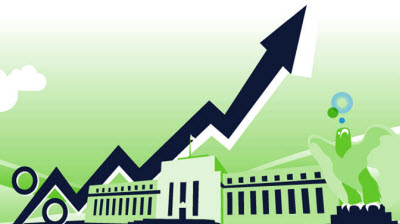 Motif Investing, a startup formed to help people invest in ideas, has raised $20 million in a second round of funding.

The idea is to give individuals a way to invest based on themes. Rather than choosing to buy stock in a particular company, Motif lets investors put money into portfolios of stocks, called motifs, that are based on ideas such as cloud computing or democracy in the Middle East. A motif can be customized to meet a particular idea. The hope is to enable individual investors to be able to trade in a sophisticated and timely way, as if they were professional traders.

The company is in beta testing now and will formally launch this fall.

“It started as two old friends catching up over dinner,” said Hardeep Walia, co-founder and chief executive, in an interview. “The big idea is, we realized everyone can come up with ideas. But not everyone has a professional trader to help them turn that idea into an actionable investment.”

If you wanted to invest in a theme because you believe interest rates will rise, it wouldn’t be that easy to do with a money manager. San Mateo, Calif.-based Motif helps trace the effects of such trends, such as the fact that rising interest rates might hurt the ability for companies to borrow and could hurt stock prices. Motif could invest in companies that have a large amount of cash, where they can get higher earnings.

The round was led by Ignition Partners, with participation from Norwest Venture Partners and Foundation Capital. Motif is in a private beta test now. John Connors, former chief financial officer at Microsoft and a partner at Ignition, is on the board of the investment startup. Motif will use the round for product development and expanding the team.

The company was founded by Walia, a former Microsoft executive, (pictured left) and hedge fund analyst Tariq Hilaly (pictured right). Walia said that Hilaly is particularly gifted at coming up with ways to trade on themes. But the ideas themselves can come from anybody.

“Had you invested early in an idea like the mobile Internet or cloud computing, you would have realized significant gains,” said Hilaly. “The challenge for most people is that they have no way to map their idea to an actionable investment.”

Rivals include ETFs, or exchange-traded funds, or mutual funds that are baskets of stocks and bonds and can be traded as if they were individual stocks. ETFs typically follow an index, but they’re not user customizable. Motif’s advantage over those funds is that it has no management fees, offers full transparency, and it has customization — a customer can add or remove stocks from a motif. Motifs can be very timely, created in a day or two.

Motif has raised $26 million to date, and the company has more than 20 employees. It was founded in 2010.