(Editor’s note: Larry Chiang is CEO of Duck9. He submitted this column to VentureBeat.)

Mentorship is a critical component for many successful entrepreneurs. No matter how smart you are – and how good your idea is – it’s always easier when you have someone who has been through it before (in some capacity). 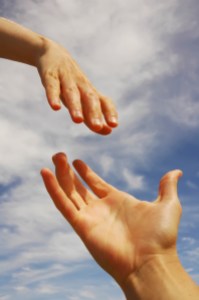 I’ve previously written about how to capture the eye of a venture capitalist as a mentor, but sometimes it’s more advantageous to be under the wing of an industry leader. The problem is: Odds are you don’t know any.

I study mentorship in a method and magnitude method that helped me become one of Stanford’s first EIRs (entrepreneur in residence). Here are some morsels on how to secure a mentorship from those heads of industry – even when they don’t know you from Adam.

Put another way: Asking for general help is a turn off to potential mentors, just as generic questions will get you nowhere. Ask for specific help when you have the opportunity.

Target events where your potential mentor is a speaker – Important people want to look busy in public. They may say no to a coffee or a lunch date, but ask to walk them from the car to the conference (or vice versa) and you can have 12 minutes of one-on-one time.

These dozen minutes can be the equivalent value of four years of tuition at some colleges.

Get in late. Get out early. – Industry leaders (along with VCs) are pattern recognizers. The pattern you want to signal is person who executes and moves forward.

The way to achieve that is by getting into the conversation late (in other words, by just jumping in) and getting out early.

Recommend that they speak – Conference producers are looking for feedback from the people that pay to attend stuff. In an email tell the conference producer that you got value out of your parking lot walk with your soon-to-be mentor. Layer in that they should speak for 30 minutes to expand what it is that you learned from that same mentor. Even if you fail, you move forward.

Invite them to things – Important people like to say no to stuff and like to ignore invites.

But when they stop getting invited they go bezerk. Here is some insight… They can never get invited enough.

You should market yourself – You probably know this already. Heck, I hope you do! But not everyone knows how. The best way to do this is by:

Role-play interactions with real mentors – Before you call me insane, know that I stole this idea.

You should be able to almost guess what your mentor is going to say. Napolean Hill, in chapter 11 of “Think and Grow Rich,” had an entire board of dead people that comprised of his advisory board. He took actual meeting minutes of imaginary conversations with dead people.

Step one is imagining your interactions with real people. Step two is to confirm your guestimations of their advice via email. If you’re right, you’re on your way to securing a mentor.