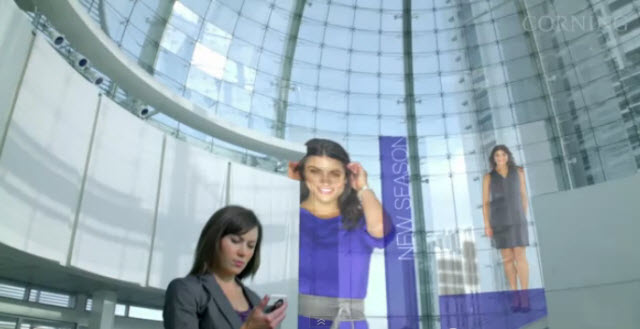 The next wave of the electronic display industry will come in the form of small portable devices such as foldable 3D TVs and wall-sized displays such as interactive signs. 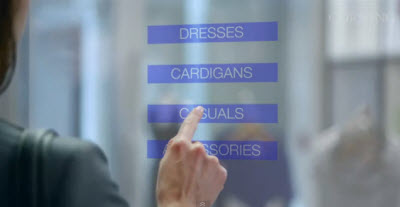 That’s the prediction of Eileen Tanghal, investment director at display-making equipment manufacturer Applied Materials and the keynote speaker at the Emerging Display Technologies Conference today in San Jose, Calif. There is still a fair amount of technology and cost barriers to overcome, but it’s fun to consider where the interactive touchscreens that are popular on smartphones and tablets will go. The seeds for the cool new technologies are already here today. 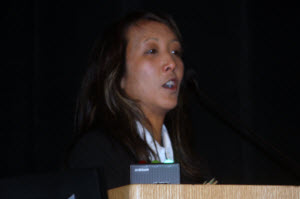 Tanghal (pictured left) is a corporate venture investor at the $9.5 billion company and she has a fund that makes around $50 million in investments each year. To date, the company has invested $120 million in 33 deals, including six display companies. So Tanghal’s predictions aren’t coming out of thin air.

Tanghal said that the display industry is in its fourth wave of demand. The early liquid-crystal displays took off in digital watches and clocks. But the real first wave began in the 1990s with the emergence of laptops, which was the right 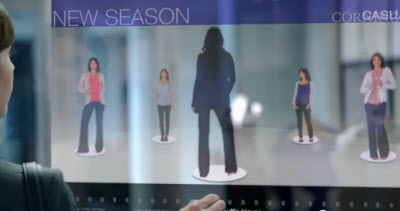 form factor where displays could be made for an acceptable cost. That wave drove down prices, increased the market on a massive scale, made the industry profitable and enabled investments in new generations of displays.

The second wave came with thin displays for desktop monitors. The third came with flat-panel TVs, and the fourth came with the rise of smartphones and tablets. During those waves, the LCD display market grew from $1 billion a year to $100 billion a year, with LCD TVs accounting for roughly $45 billion. LCD displays will soon be shipping in the hundreds of millions of units, according to market researcher Display Search, which is running the Emerging Displays conference.

The fifth wave of demand for displays will likely be large interactive signs you can use at retail like the ones pictured in this post. Each wave takes a while to get started, but it lasts for 10 to 15 years. The interactive signs have been seen in movies like Back to the Future 2 and Minority Report.

Verizon Wireless and EyeClick have already created a real interactive display in a store to promote Droid phones. The display uses an LCD screen with a touch interface to allow shoppers to browse for items in a window display. Stores of the future could have these kinds of displays in a big way in something like three to four years, Tanghal said. Intel has also been showing interactive retail kiosks on glass at its Intel Developer Forum conferences and the Consumer Electronics Show in recent years. 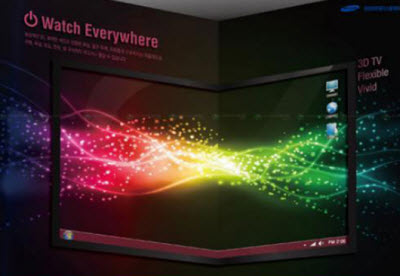 As part of the new wave, Tanghal predicted we’ll see portable 3D TV screens that you can fold and put in your pocket, like one proposed by Samsung in 2010 (as pictured). The small prototypes for these displays are made out of active matrix organic light emitting displays (AMOLED). Tanghal believes these displays need to use lower cost backplanes, the backs of display that connect all of the display elements.

The flexible backplanes exist today and are built by companies such as Plextronics, which Applied Materials has invested in. But it could be 10 years before those foldable 3D TV displays come down in cost to be affordable in products, Tanghal said.

Each wave is building. In the U.S., people now own 2.4 TV displays per household, but in emerging markets such as China, the average is still about 0.8. While Americans replace their TVs every eight years, overseas markets see replacements every six years. That creates enough demand to enable the LCD display market to grow at a compound annual growth rate of 39 percent through 2014. New kinds of display like organic light emitting diodes (OLED) and E Ink (in the Amazon Kindle) are selling alongside the LCD displays in growing numbers.

“The Kindle made the E Ink display finally take off and cross the chasm,” Tanghal said.

Right now, projected capacitive touch is the biggest piece of the growing touchscreen market. But it won’t be the only one, as there is no perfect display technology, said Mark Hamblin, chief technology officer at Touch Revolution, a display maker.

Check out the video of the future of displays in the Day Made of Glass from Corning. Tanghal said, “We’re trying to make this day happen. I see a future where we’ll use all of these display technologies that we are talking about now.”