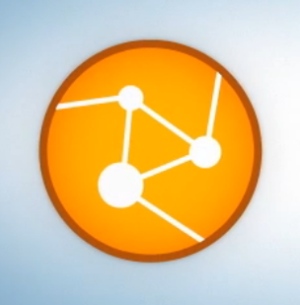 Launched in mid-February by ex-Salesforce.com employees, Cloudwords helps small-to-midsize companies expand their global presence by finding them translation service that best match their needs. It provides lists of partnering translators who will translate various kinds of content, whether websites, marketing materials, customer requests or something else.

With a lot of translation-bidding services and automated translation services already available, Cloudwords is entering a highly competitive field by positioning itself almost halfway between the automated and non-automated services. It pre-screens all translators before allowing them access to bid on customer projects, and it gives customers a host of automated tools for managing the whole translation process. These tools include a marketplace with translator ratings and reviews, analytics apps to track spending throughout a project, an open API that lets customers connect their systems directly to Cloudwords, and the ability to manage and store all translated files in the Cloudwords cloud.

The company is currently targeting mid-size companies more so than larger players because a lot of them are stepping into global markets but don’t have as a large a budget, Cloudwords CEO Michael Meinhardt told VentureBeat.

“There are a lot of underserved businesses that top players in translation aren’t touching, so there’s a lot of potential here,” Meinhardt said. “Companies that are looking to spend $1 to $5 million a year on translation are what we’re targeting now.”

Cloudwords customers are currently translating their content into more than 100 languages across 50 countries. Customers include Coupa Software, Calypso Technology, Phatmacyclics and Veeva Systems.

Meinhardt also said the company has had talks with big names like Walmart and LivingSocial about translation solutions.

The company estimates the translation industry is valued at $20 billion and growing at 15 percent a year. Founding Salesforce.com CTO Dave Moellenhoff and one of Cloudwords’ first primary investors told us the company is well positioned relative to translation titan SDL because Cloudwords is more nimble and can better serve smaller players that have been “orphaned by SDL.”

“We’re the upstart in this space,” Moellenhoff said. “We can be a significant leader in translation because we want to lower the overall costs.”