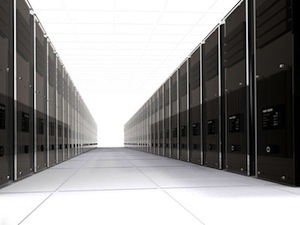 Platfora, a data management software provider based on Hadoop, announced on Thursday it has raised $5.7 million from Andreessen-Horowitz just a few months after the company was founded.

Hadoop is an open-source data-management software framework. It’s useful for companies that store enormous amounts of data and have to regularly index it. That can include financial services companies that have to track previous prices and old transactions or companies like Yahoo that need to regularly access search information. Platfora aims to add a more manageable user interface to access all that and make the data easier to digest for everyday users and business professionals.

“GoodData (and other big data companies) have a very cool system, but they are focused on a different scale of data,” Platfora chief executive Ben Werther told VentureBeat. “We’re focused on the particular challenges that emerge when you have terabytes, petabytes and beyond and need to get work done for the business rather than doing science projects.”

Platfora takes all that information pulled in from Hadoop’s data management software and delivers it through dashboards and other easy-to-digest user interface elements. There are lots of distributions of the open-source service, which anyone can access and “fork” into their own version and distribute. Werther said Platfora is focused on making sure that its software will work on top of any distribution of Hadoop.

“The last thing everyone needs is another Hadoop distribution, so we’re going to focus up the stack and remain agnostic to the Hadoop distribution below,” Werther said. “And our product, while not open-source, is really intended to be useful to, and accelerate adoption of these open source technologies by allowing much wider groups of users to get value from them.”

Yahoo, Google and Facebook all also use Hadoop to power some of their services. A recent shake-up at Yahoo (the firing of chief executive Carol Bartz for failing to meet the board’s expectations), one of the largest proponents of Hadoop, could mean a change of direction, but that shouldn’t concern open source and Hadoop developers, since many other companies have since begun actively developing and deploying Hadoop, including Cloudera, MapR and HortonWorks. Tech giants like EMC, IBM and Dell are also investing in Hadoop and pre-loading it on some of their server architecture, Werther said.

“Yahoo was a really important supporter of Hadoop in its early days, but the good news is that it has a lot of momentum and innovation from a variety of camps,” Werther said. “In fact the opposite problem is more of a concern — fragmentation due to all the tracks of innovation, but there hasn’t been any evidence of that to date.”

Platfora is based in Palo Alto, Calif., and is on track to have 20 employees six months after launch.