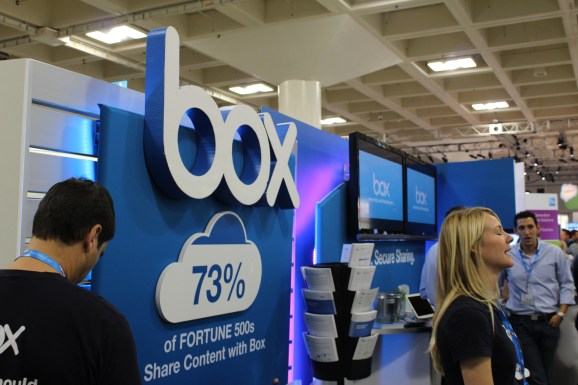 Cloud storage provider Box.net was a presenter at Dreamforce this year.

Above: Cloud storage provider Box.net was a presenter at Dreamforce this year.

Turning down a $500 million acquisition offer isn’t necessarily a bad move for a hot company like Box.net, because it could suggest the company is desirable and attract other, richer offers.

Box.net chief executive Aaron Levie did not comment on the reports.

Box.net previously rased $48 million in its most recent round of funding led by Emergence Capital in February. It is also in the process of finalizing an extension to that round of funding worth $35 million. The company also recently opened a new office and began moving there in June after rapidly expanding its team.

“As you’ve gotten a sense in the past 7 or 8 months, the market is in nearly every variable and metric outperforming our expectations,” Levie, 26, told VentureBeat in an earlier interview. “The market for cloud adoption, our ability to hire great people and our own expectation has been above what we even anticipated a couple quarters ago.”

The most recent round authorized 4.8 million shares of series D-1 preferred stock sold at $8.03 per share, putting the company’s valuation at around $550 million, venture capital data provider VC Experts Lead Business Intelligence Analyst Justin Byers told VentureBeat. At the time the company announced its third round of funding, Levie said he intended to take the company as far as possible.

Box.net currently has 6 million users. Some 60,000 businesses employ its cloud-storage software, including 73 percent of Fortune 500 companies. That figure is up from around 66 percent in February. The company is based in Palo Alto, Calif.