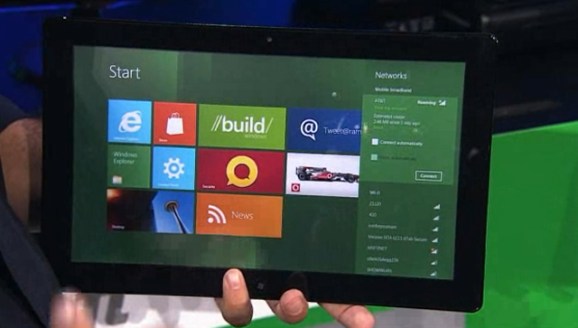 Microsoft will adopt a familiar Apple policy for the tablet applications on its new Windows 8 operating system.

Microsoft’s Windows 8 is the latest operating system to adopt a walled-garden approach to mobile app sales.

Windows 8, as Microsoft explained at its developer conference last week, will be an operating system for both desktops and tablets. However, the company is creating a separate sets of rules for its “Metro-style” apps — apps that are optimized for touch screen devices but able to run on any Windows 8 machine.

Microsoft is restricting the general distribution of Metro tablet apps — meaning all Metro apps must be downloaded through the new Windows Store. The only ones who get a pass on this restriction are developers and enterprise customers.

The distribution of traditional desktop applications will remain the same, according to Microsoft.

The move to force distribution of Metro apps through the Windows store is similar to Apple’s treatment of iPhone and iPad apps. Both processes don’t permit open distribution through retail stores, web, private networks and/or individual sharing. Both also require approval before being published to the official store.

By contrast, Google’s mobile operating system, Android, has none of these restrictions, but suffers from security-related criticisms as well as hesitation from copyrighted content owners to support the platform.