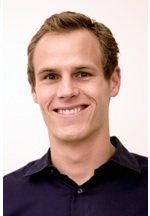 Patrick Salyer is CEO of Gigya, which makes sites social through plugins like Social Login, Comments, Activity Feeds, Social Analytics and Game Mechanics. You can follow him on Twitter @patricksalyer.

Back in 1999, Microsoft took a first step towards creating a universal Web identity when it launched Microsoft Passport. While the product didn’t catch on in its original iteration, Passport helped bring a critical concept to life that would eventually change the internet: that identity would one day rule the Web. The next major development in online identity came when the OpenID standard emerged, offering the groundwork for a universal “single sign-on” for authentication across the Web.

The real explosion of online identity, however, didn’t happen until Facebook launched the now ubiquitous Facebook Connect API. Facebook Connect brought social identity to the mainstream by cracking the adoption code. Facebook Connect added real value to both its massive base of users (allowing easy sign-in and interaction with friends) and publishers (increased participation, engagement and page views). Today, dozens of online identity providers, from social networks to email services, have opened their platforms and followed in Facebook’s footsteps, and companies like mine are enabling social experiences by offering registration and login through these identity providers.

Thanks to the proliferation of these identity providers, we have come to a point that when visitors login to websites, they’re not just choosing to do so with an identity provider – they’re choosing a persona. This is a dramatic shift on the Web when we consider that just a few years ago there were no scaled identity providers. Personas exist naturally because the Web mirrors real life. In real life, in any given week I may go out with coworkers, family, conference attendees, basketball friends, or old college buddies and I’m sharing different parts of my life with all of them.

Those different personas exist online just as they do in my offline world. For example, when I log in with my LinkedIn identity on the Web, I’m showing that I want to share and interact with my professional persona. When I log in with Twitter, I’m trying to impress the people I want to know and want to be known by. Facebook (and soon, Google+) identity is perhaps the most intimate – when I use my Facebook identity on the Web, I’m choosing to let my real friends know about it.

Website visitors literally have multiple online personalities – a concept with major implications for online businesses, particularly content publishers, looking to add social functionality to their sites. And as social login becomes standard on the Web, some publishers are clearly cognizant of their users’ chameleon-like nature and some are surprisingly not. Take a look at The Huffington Post:

Notice how HuffPo implemented seven different login options for their users – some overtly social, some not. The wide range of login options allows visitors not only a choice of persona but also a choice of what type of personal information they give the publisher. For example, someone logging in with Facebook grants the publisher access to more personal profile information like interests and activities, while someone choosing to login with their LinkedIn ID grants access to more professional information like job title. The Huffington Post’s social login options make sense because the site offers content appealing to many different personas – business/tech news, sports, entertainment, etc.

Yet across the web, you can find examples of major sites focusing only on Facebook or Twitter. Take Yahoo News, for example, pictured below. While it has integration with Facebook and Google, shouldn’t the site at least offer login through Twitter? LinkedIn? In addition to that, the site brings you to an entirely new page offering nothing other than the login box and a gigantic display ad. Yahoo News covers a huge range of topics and for business users, so not offering LinkedIn and Twitter seems like a missed opportunity.

The Future of Identity on the Web
The beauty of mass-adoption technologies like Facebook Connect is that these tools have essentially brought identity to the rest of the Web. While Facebook will likely reign as the leading social network identity provider, I think we’ll continue seeing the other players take a significant piece of the social identity pie as Web users look to engage with specific content with specific personas. Content providers that understand the intricacies of Web identity have much to gain – and those businesses that fail to recognize the many faces of identity have a user-base to lose.