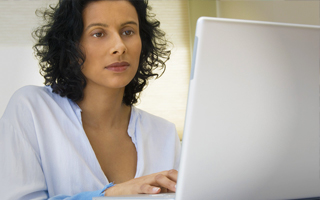 Even if women and men were graduating in equal numbers from technology and engineering degree programs, the technology industry would still favor men.

According to a new report from the Level Playing Field Institute, IT workplaces, including tech startups, can create hostile or unpleasant environments for women and people of color, leading to those employees seeking out other companies or even other industries for work.

The report states that biases inherent in the average tech workplace make it a less-than-inviting environment for women and minorities, who deal with negative workplace experiences, such as exclusionary cliques and bullying at much higher rates than do their male and white counterparts.

“The IT sector is one of the fastest growing in our country, yet women and people of color continue to be vastly underrepresented,” said LPFI Executive Director Robert Schwartz, Ed.D.

“Previously we’ve pointed to problems in the STEM education pipeline as the reason for low rates of women and people of color in IT positions. But the findings in this report clearly show that there are also significant concerns with company culture and workplace experiences of underrepresented professionals.”

The Level Playing Field Institute, or LPFI, is an organization dedicated to exploring and eliminating the gender and ethnicity imbalances and biases in the science, technology, engineering and mathematics (STEM) communities.

The report is called Playing Field: An Examination of Hidden Bias in Information Technology Workplaces. It shows that subtle and implicit favoritism in both large IT enterprises and startups ”can produce unequal opportunities and outcomes for employees depending on their race and gender.” The study uses data collected from a sample of IT engineers and managers in large companies and small startups around the United States.

In addition to encountering more bullying and being negatively effected by cliques, women and underrepresented people of color saw a higher likelihood of experiencing negative workplace incidents. And the more negative work experiences each person reported, the less likely she was to be satisfied with her job and remain working for the company.

In other words, subtle sexism in tech workplaces is making women and minorities want to move on.

Nevertheless, the study also showed that for most hiring managers, maintaining a diverse workplace was not a high priority. In spite of the fact that most of the companies polled showed diversity stats representative of the rest of the tech industry (i.e., few women and underrepresented people of color), 68% of the managers and engineers polled said they were satisfied with their company’s diversity efforts.

Not surprisingly, women and minorities were much more likely to favor more diversity in the workplace. In fact, underrepresented people of color were almost twice as likely as white employees to want a company-wide policy to increase diversity (80 percent compared to 46 percent).

As a result of these subtle (and sometimes overt) biases and lack of diversity in the workplace, woman and minorities in the report were less likely to feel they had a career path at their current company or that they were adequately developing their skills and abilities. Likewise, the same groups were more likely to be looking for a new job or planning to leave their current job within the year.

It’s not surprising that negative workplace experiences were linked to job dissatisfaction. What is disturbing is that these factors were so closely tied to gender and ethnicity.

In the report’s conclusion, LPFI recommends more research on these biases. The authors of the paper also challenge everyone working in the tech industry to confront their own biases and to support productive conversations about these biases within their companies and communities.