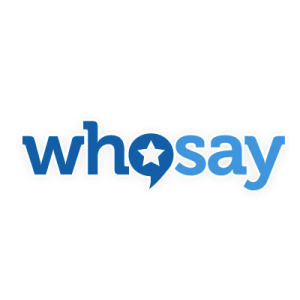 WhoSay, a platform that helps celebrities manage their web presence, has added venture capital firm Greylock Partners to its list of investors, the company announced Monday.

WhoSay basically makes interacting with fans via social networks and mainstream media easier for celebrities. The company currently has hundreds of active celebrity clients — including actor Tom Hanks and rocker Steven Tyler — that have over 700 million highly engaged fans, according to the company.

Terms of the investment from Greylock were not disclosed. However, WhoSay CEO and co-founder Steve Ellis told VentureBeat the amount was large enough that his company would have access to Greylock’s advisement.

Having invested in companies such as Facebook, Tumblr, LinkedIn and Pandora, Greylock will be able to navigate WhoSay’s future social and mobile strategies, Ellis said.

The New York City-based company has previously raised $6 million in funding from Amazon Investments, High Peaks Ventures and others. The new investment from Greylock is part of the company’s second round (Series B).