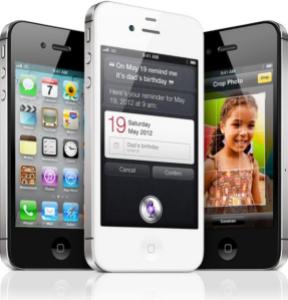 After much speculation and waiting, Apple finally launched its new iPhone 4S on Tuesday at a keynote hosted by new CEO Tim Cook.

Many people thought the new iPhone would have a bigger screen and a thinner design, but the device looks a heck of a lot like the iPhone 4. Thankfully, the iPhone 4S does offer many hardware and software improvements that make it a significant upgrade over the iPhone 4. These include a faster processor, a much better camera, a virtual voice-powered assistant and doubled data speeds.

Here are 10 important questions and answers about brand-new iPhone 4S.

1. What carriers is the phone available for?

The iPhone 4S will be available for AT&T, Verizon and for the first time, Sprint. The addition of the phone to Sprint’s line is a huge boon for the third-place wireless carrier, and for customers who have been demanding the iPhone for some time.

3. What kind of screen does it have?

Contrary to early rumors, the iPhone 4S features the same exact screen as the iPhone 4. It has a 3.5-inch, 960-by-640-pixel “Retina Display.” On the plus side, the Retina Display is really great, so we can’t complain too much.

4. How good is the hardware inside and does it have 4G data capabilities?

The iPhone 4S includes the same, powerful, Apple-made A5 processor that runs the iPad, which will enable fast performance and strong gaming abilities. Apple said the antenna design has been modified to improve reception. Also inside is a chipset that allows the phone to work around the world on GSM and CDMA networks.

Unfortunately, the iPhone 4S is not equipped for true 4G using LTE or WiMAX. It will, however, offer faster download and upload speeds using HSPA than the iPhone 4. The iPhone 4S offers maximum 14.4 Mbps downloads and 5.8 Mbps uploads. Data speeds will be somewhat faster on AT&T than on Sprint and Verizon because of HSPA technology.

5. How big is the iPhone 4S and how long does the battery last?

The battery life of the iPhone 4S is supposedly higher than the last model, and it is rated for 8 hours of 3G talk time, 10 hours of video playback and 40 hours of music playback. The iOS 5 software may potentially contribute some of the better battery life.

6. What software is it running?

The new iPhone runs Apple’s iOS 5 operating system, which was announced in June at Apple’s Worldwide Developers Conference. iOS 5 is a steep upgrade from iOS 4 and has more than 200 new features, including much deeper social integration from Twitter, better camera software and a powerful new notifications tray that swipes down from the top of the screen.

One other major software addition that makes iOS 5 special is the new Siri voice assistant software. Apple bought Siri’s voice technology back in early 2010, and we finally get to see the product of that today. It’s a smart app that you can ask questions to, such as what the weather is or how to get to a certain restaurant. Apple cautioned that Siri is still in beta, so it might not be able to answer all of your questions, yet.

7. How much storage does it have?

The iPhone 4S will come with 16GB, 32GB or 64GB storage options. Thanks to its iOS 5 operating system, the phone will also have iCloud access. iCloud lets you keep a backup of your songs, pictures and documents in Apple’s cloud. If you want to delete a song, for example, you can then re-download it later from Apple for no extra cost.

8. What sort of camera does the iPhone 4S have?

The iPhone 4’s 5-megapixel back camera was already great, but the iPhone 4S’s camera is even better. The iPhone 4S includes an 8-megapixel sensor and captures pictures up to 3264-by-2448-pixels in size. The lens has been upgraded for sharper photos, and there’s a new IR filter. Apple also says that it has tinkered with the camera software in iOS 5 for better color accuracy and white balance. With such a good camera, it might be time to stop bringing your point-and-shoot with you.

The front facing camera is the same as it was in the iPhone 4.

9. What are the best current alternatives to the iPhone 4S?

The most impressive new smartphones for AT&T and Sprint come from the same line — the Samsung Galaxy S II Android phones. These devices each carry a brilliant AMOLED screen, an 8-megapixel camera that records 1080p video, a 2-megapixel front-facing camera, 16GB of onboard memory and a microSD slot that can take up to a 32GB memory card. The AT&T model has a 4.3-inch screen and HSPA+ 4G while Sprint has a 4.5-inch screen and faster WiMAX 4G.

On Verizon, we think the most impressive non-iPhone device is currently the Motorola Droid Bionic. The phone has blazing fast 4G LTE data speeds, 4.3-inch screen, a dual-core 1-GHz processor, 1GB of RAM, and an 8-megapixel camera with 1080p video recording.

The phone will be available for pre-order on Oct. 7 and for purchase on Oct. 14. You can get it through the wireless carriers or through Apple. If you already own an iPhone, you can check to see if you’re eligible for the subsidized iPhone 4S prices here.

Finally, what are your thoughts on the new iPhone 4S? Do you have any questions about the new device?