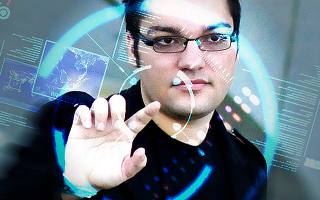 Facebook’s Timeline is possibly the biggest wholesale design change the site has seen. So we called in three top designers to critique the concept and execution.

Last week, we chatted with Facebook product chief Sam Lessin about how and why Timelines came to be, including design inspirations and influences.

Lessin told us that scrapbooks and physical photo albums had a big impact on Timeline’s user experience; however, we also saw other influences from modern apps like Tumblr and form factors like tablets.

“I think the cover photo is allowing an improvement of personalization without MySpacing all over everything. Hats off to About.me for influencing this move,” said Longanecker, who has previously pointed to apps such as About.me as good examples of human-at-a-glance profiles.

“The current design iteration of profiles on any network is extremely weak in general and lacks the true personality of meeting someone for the first time or perhaps getting to know them better,” he continued.

“We are a visual group of people, reading someone’s bio and likes/dislikes online does not do us justice… It’s only natural for Facebook to want to visualize this data and enable their users to connect on a level with greater experience-based dimension.”

And Primiani pointed out the Timeline UI is not unlike a lot of mobile or tablet application interfaces. “We are going to see a lot more web app-like interfaces with larger, visual click-targets and fluid animations similar to mobile and tablet design.”

The young designer also noted, “The higher-resolution media in the feed [is] similar to micro-blogging sites like Tumblr.”

How users will react

Of course, as with every minor user interface or user experience tweak that gets rolled out to hundreds of millions of people at once, users tend to recoil from change.

Lessin said that Facebook users tended to train one another on new features as part of the onboarding process. We asked our panel how they thought Facebook users would react to Timeline.

Longanecker told us, “The interface is a nice improvement, but I am not sure that people want to go back to looking at profiles instead of a better way to curate their newsfeed.”

“There’s been a lot of discussion and interest in the new design,” Doll said of the hum and chatter among Facebook’s loyal end users. “This exhibits the strong emotional connection Facebook users have with the product. Most companies would do anything to have a user base so passionate. As with every major Facebook redesign, I suspect people will get used to the new look over time.”

Primiani brought up an interesting design point, saying, “It will be interesting to see how people parse a two-column list rather than one-column. It seems after a few days I’ve gotten used to it, but I’m still concerned that content is being hidden by the other secondary and tertiary UI elements.”

Longanecker concluded that a lot of how users react to the new interface will come down to how much users like the way Timeline portrays them to the rest of the world. Users will have a seven-day window between activating Timeline and publishing their new profiles to work out the kinks and hide any embarrassing stories, but still, too much revelation could lead to a backlash.

It’s the age-old privacy question with a new emphasis on what we’ve uploaded in years gone by.

“It depends on much Timelines exposes about us by default,” he said. “If it’s TMI, and all of the sudden, everyone knows about that time I drank too much at SXSW 2009, we have problems.”

He continued, “In general, I think the most interesting aspect of this new feature is how we will change our sharing. Will we be more specific with our uploaded content or will we just upload less based on the new functionality?”

Our panelists did have a few complaints about the new interface and experience.

Longanecker brings up a fundamental concern: “Focusing on a profile may be too passive for live interaction which Facebook has done so well with in the News Feed.,, I am not convinced that Facebook will figure out the apps side of things. I don’t think we need yet another service telling us what our friends are doing.”

Primiani said he dislikes what he called a “heavy” background and containers, which he claimed made the site feel slower than it did in previous iterations.

And, like Primiani, Doll said he is “still getting used to the two-column design for the Timeline. It looks great, but having to switch your attention back and forth can make it tough to keep track of where you are.”

But Primiani sums up the intentions of Facebook’s designers neatly in his verbal thumbs-up: “I think it is a step in the right direction to get an instant snapshot of who this person is as a whole very quickly.” In fact, that’s exactly what Facebook was going for.

“It gives you a sense that your life is a story that you’re building with each action you take online,” Doll noted. “It satisfies a very fundamental human need to be a part of something bigger.”

Doll continued to say that he loved the way personal stories were aggregated and summarized — something of a specialty of his. “When you start to think about fitting an entire lifetime into a single view, this becomes essential.”

Longanecker: The order that Stories brings in to your content is positive. It’s easy to become a digital pack-rat and have a disorganized and unusable set of content like boxes of old photographs or journals. Semantics and metadata allow the story to shine through without a ton of effort.

I am glad that Facebook is evolving the way we perceive past content and bringing in the element of time. When was the last time you looked up a post or image that your Facebook friend shared 2 years ago? Now it matters.