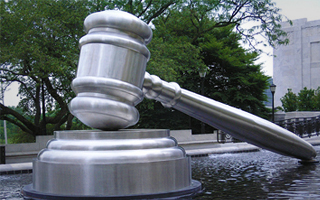 Hitachi-LG Data Storage, an entity owned by Hitachi and LG, has admitted to 15 criminal counts related to price fixing on components for consumer electronics devices.

The judge in the case sentenced the guilty parties to a $21.1 million fine.

The two companies’ joint venture has been under investigation for the past several years due to concerns about price-fixing collusion on optical disk drives — that is, drives for DVD players, CD players and Blu-ray players, particularly those found in laptops and desktop computers.

The collusion has been going on since at least 2004. At that time, representatives of Hitachi-LG stated in court, the company was working with others to fix prices on optical disk drives sold to companies including HP, Dell and Microsoft.

Although collusion and price fixing of this nature and scale involve more parties than just the joint venture of two electronics manufacturers, Hitachi-LG Data Storage is so far the only company that has been charged by U.S. prosecutors in this particular investigation.

Hitachi-LG was additionally charged with attempting to defraud HP in 2009 during a procurement event.

Hitachi-LG Data Storage, Inc., was founded in late 2000 and shipped its first product during the summer of 2001. The venture does not sell directly to consumers.

The U.S. Justice Department began issuing subpoenas in 2009 to companies such as Sony, Toshiba and even Hitachi itself.

The $21 million fine is small potatoes for a joint venture so amply backed. However, the Justice Department noted in a court filing that Hitachi-LG merited the smaller punitive fine because it had cooperated fully with the investigation, giving “substantial assistance” to government investigators.