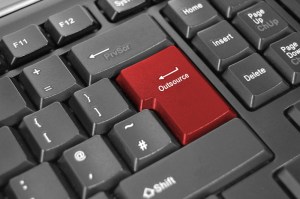 oDesk, an outsourcing platform that brokers long-term and short-term contract jobs worldwide is on track to claim 50 percent of the online outsourcing market, the company announced today.

oDesk lets employers find, hire and pay contractors around the world with its online platform. And those contractors earned $179 million through the first 11 months of 2011, the company said, with $22.3 million in wages going out during the month of October alone.

Rumors of an initial public offering have long swirled around leading marketplace for online work, so naturally I asked oDesk CEO Gary Swart if those rumors are true. He wouldn’t confirm the rumors outright, but what he said is pretty telling.

“I think we have all the characteristics of a publicly-traded company,” he said. He also said that oDesk “checks all the boxes” for investors who are looking at companies that can sustain long-term growth and are not just passing Internet fads. The company is sustaining fast growth over time and has a defensible technology that can keep competitors at bay, he said. Those competitors include Elance and PeoplePerHour.

“I think our competitors are doing well, but we’re growing at least twice as fast as our nearest competitors,” Swart said. “It’s up to us to execute and capitalize on this large market opportunity in front of us.”

Swart compares the rise of e-work to the rise of e-commerce a decade ago, pointing out that companies such as eBay and Amazon today represent just 10 percent of all commerce. The company sees online work as a billion-dollar opportunity in 2012. That’s an increase of 90 percent from the same time last year.

Companies like oDesk are at the forefront of a growing trend towards distributed labor and outsourcing, with much of the work going to contractors outside the U.S. In fact, critics have said the company is profiting from seinding jobs overseas where labor is cheaper despite the fact that 70 percent of oDesk customers are American companies, small businesses and startups.

“I like to say it’s lift, not shift,” Swart said. “A lot of these jobs wouldn’t exist if it wasn’t for the Internet.”

Swart was eager to highlight the wage growth that has occurred on oDesk over the years. He said that skilled contractors in the U.S. were making $19 per hour on oDesk in 2007 and that the same category of worker based in the U.S. is making $30 per hour for similar work in 2011. There are currently more than 1.4 million contractors in the oDesk network, with 2,500 joining each day. Job postings are also increasing by 100,000 each month.

“I don’t think we’re nearly at the curve for what’s in store,” said Swart.

oDesk has 75 full-time employees and 200 equivalent full-time contractors, and it manages and pays its staff using its own platform. To date, oDesk has received $29 million in funding from Benchmark Capital, Sigma Partners, and Globespan Capital Partners and DAG Ventures.