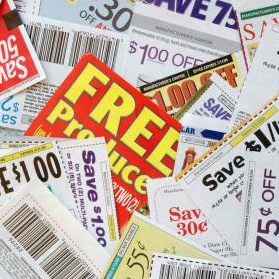 Online coupon startup WhaleShark Media has raised a $150 million round of funding, the company announced today.

WhaleShark Media owns a number of online coupon sites, such as RetailMeNot, VoucherCodes.co.uk and Deals.com, covering deals on a wide range of purchases, including grocery items, clothing, domain purchases and much more. It claims to bring in over a 100 million visitors a year to those sites.

The company said it intends to use the new funding to acquire additional coupon services as well as continue growth. WhaleShark said it expects to become profitable this year and to generate over $70 million in revenue. The company makes money through commission from the sale of deals on its sites.

WhaleShark’s funding is just the latest in a string of big investments made in online coupon businesses as coupon deals from newspapers continue to decline. In October, competitor Coupons.com raised $30 million in funding, giving it a total $200 million investment. Weeks later another competitor, CouponCabin, raised a $54 million round.

Founded in 2009, Austin, Texas-based WhaleShark has raised a total of $279 million in funding to date from J.P. Morgan Asset Management, Institutional Venture Partners, Austin Ventures, Norwest Venture Partners, Adams Street Partners and Google Ventures. The company has about 140 employees in Austin and abroad in the U.K., with plans to add additional employees in the future.