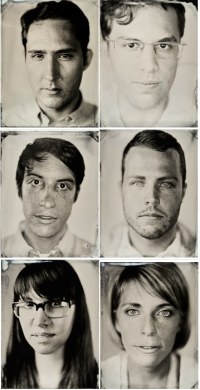 The popular photo app that’s responsible for flooding the internet with fuzzy, low-contrast, retro images of cats, hipsters and urban street scenes shows no sign of slowing down.

Of course we’re talking about Instagram and its iPhone-only app for sharing stylized photos. The startup attracted 12 million users in just over a year on the App Store. By early November, the small company — and we mean small; Instagram has just seven employees — grabbed another million and now boasts well over 13 million application users, co-founder Kevin Systrom shared with VentureBeat.

“We’ve always been growing fast, but I think network effects help — we’ve got millions of people who love Instagram and they spread the word for us,” Systrom said of the application’s popularity.

Most are familiar with Instagram’s quirky and bumpy ride to Internet fame. Co-founders Kevin Systrom and Mike Krieger initially raised funding for Burbn, which was yet another take on the mobile check-in application. That idea was scrapped, after almost a year of development, when the co-founders decided to hold on to and perfect a single feature of Burbn: mobile photo-sharing.

The first version of Instagram was created in 8 weeks and launched on the App Store on October 6, 2010. Apple soon named it App of the Week and Instagram started adding a 100,000 new users per week. Today, Instagram remains a iPhone-only application, though it does have a popular API that developers are using to bring the experience to new platforms. The service also touts celebrity users such as Justin Bieber, Selena Gomez and Ryan Seacrest.

And what’s the status on that long-promised Android application? “All I can say about Android is that it will definitely happen — as for timing, we’ve got nothing to announce yet except that I’m very excited about what the team is working on,” Systrom said.

Instagram has been vocal about its early successes, so we put together a little graph (as seen below) to chart user growth over the course of its short 13-month lifespan. The dates included are based on various reports and do not accurately reflect the exact dates for each milestone, but it does provide a pretty clear picture of continued end user adoption.

A bona fide hit with iPhone owners, Instagram’s two greatest challenges will be replicating the top-notch experience for Android (where there’s already a bevy of similarly-purposed apps) and proving that it can build a real business — not just a buzzy app.