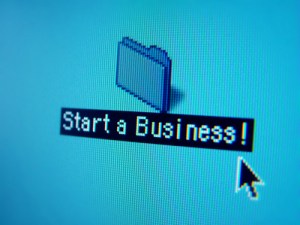 Venture capitalists who are serious about turning their firms into more than one-fund wonders may want to have their associates actually start and run a company for a year.

Running a company is distinctly different from simply having operating experience, such as working in business development, sales or marketing. None of that can compare with being the CEO of a startup facing challenges such as a rapidly diminishing bank account, your best engineer quitting, working until 10pm and rushing to the airport and catching a redeye for a “Hail Mary” close of a customer, with your board demanding you do it faster.

Today, you can start a web, mobile or cloud startup for $500,000 and have money left over. Every potential early-stage venture capitalist should take a year and do it before he or she makes partner. Here’s why.

Why have a startup

Venture capital as a profession is less than half a century old. Over time, venture firms realized that the partners in the firms needed a variety of skills:

How to become a VC

In surveying my VC friends, I was surprised about their strong and diverse opinions. The feedback varied:

“.. because culture is such an important part of who we are, we will probably never hire a partner from another firm. The idea of bolting on someone from another firm is somewhat antithetical to who we are. We think that our venture partner role is the most likely path to general partner.”

..we have a partner-track associates program.  We want to find someone who has a lot of consumer internet product experience as either product manager, founder, VP Product, etc. with 3-7 years of experience.”

“…we do not even try to train new partners. We bring people into our firm who have learned how to be VCs at the partner level somewhere else and have demonstrated their talent in boardrooms alongside of us. We completely and totally punt on the idea of “training a VC.”  It’s an ugly and painful process and I don’t want to be part of it.”

“…if they don’t have operating experience  the odds of them knowing what they’re talking about in a board meeting for the first five years is low..”

Carrying the cat by the tail

When I finally became a CEO, it was after I had spent my career working my way up the ladder in marketing in startups. I did every low-level job there was, at times sleeping under my desk (engineering was doing the same.) By the time I was running a company, having some junior employee tell me why they couldn’t do something because of “how hard it was” didn’t get much sympathy from me. I knew how hard it was because I had done it myself. Startups are hard.

What running a company would do is give early-stage VCs a benchmark for reality, something most newly-minted partners sorely lack. They would learn how a founding CEO turns their money into a company which becomes a learning, execution and delivery engine. They would learn that a CEO does it through the people — the day-to-day of who is going to do what, how you hold people accountable, how teams communicate and more importantly, who you hire, how you motivate and get people to accomplish the seemingly impossible. Further, they’d experience first hand how, in a startup, the devil is in the details of execution and deliverables.

My hypotheses is simple:  What most VCs lack is not brains or rolodex or people skills, but hands-on experience as a startup CEO — knowing what it’s like trying to make a payroll while finding sufficient customers while you’re building the product.  Sure, a year as a CEO won’t make them an expert, but it will change them quicker than 10 years in the boardroom.

There’s a school of thought that says the skill set of a great early-stage VC (awesome people skills, curiosity, likable) versus the attributes of a great entrepreneur (pattern recognition, tenacity) may not have much overlap. Early stage investing is not a spreadheet, quantitative driven exercise, nor is it about technology — it is a deal business and people drive the deals. And while having experience as a startup CEO may make you a better board member, it may not substantively contribute to your career as an early stage investor, which depends on many more important skills.

Steel in their eyes

Ten years ago starting a company required millions of dollars and first customer ship took years. Now it’s possible to build a company, ship product and get tens of thousands of customers in a year with less than $500K. For venture firms who want to groom and grow associates or operating execs into partners (rather than hiring proven partners), here are my suggestions:

This process will create a new generation of venture capital partners, ones who have been battle tested in the trenches of a startup, hardened by hiring and firing, tempered by making a payroll and losing orders, and will never forget it’s all about the people.

These VCs would return to their firms with steel in their eyes. They’d be relentless about accountability from board meeting to board meeting with laser like focus on the one or two issues that matter. They would understand the CEO-VC-board dynamic in a way that few who hadn’t lived it could. They’d be ruthless in their choice of people and teams, looking for those few who have natural curiosity, a passion to win and who won’t take no for answer.