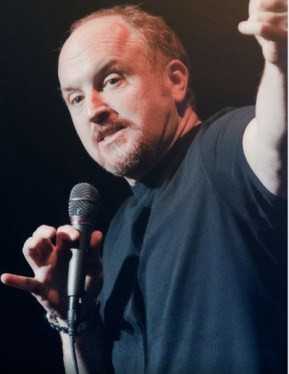 Comedian Louis CK has divulged the results of his $5 web special experiment, and the numbers look good.

“This is less than I would have been paid by a large company to simply perform the show and let them sell it to you, but they would have charged you about $20 for the video,” he wrote. “They would have given you an encrypted and regionally restricted video of limited value, and they would have owned your private information for their own use. They would have withheld international availability indefinitely.”

Many had expected CK’s web special — which was notable for its lack of digital rights management restrictions, or DRM — to be a smashing success. After all, he’s a popular comedian with a loyal fan base. But the numbers are still a good sign for CK, and for web distribution in general. The special will likely rake in $1 million within the next week, which could certainly convince other entertainers to take distribution into their own hands.

As for the production itself, CK said it was shot with six cameras over two performances at the Beacon Theater in New York City. He directed the special himself (he also directs his self-titled TV series), which was definitely another useful cost-saving measure. CK also revealed that the special sold 50,000 copies in its first 12 hours available, making over $250,000.

CK gave some further insight into the project yesterday in a thread on the social news site Reddit.

He also didn’t seem to be too concerned about the few people pirating the special: “If anybody stole it, it wasn’t many of you. Pretty much everybody bought it. And so now we all get to know that about people and stuff.”