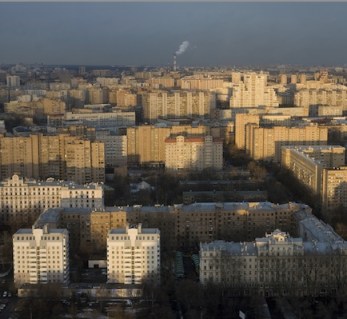 Protests in Russia last week have dominated international news, and talking heads have been eager to explain how this is evidence of an increasingly divided and unstable Russia. Although the political response has not been as graceful as it could have been, the restraint the government has shown in regards to the protesters is encouraging, especially compared to how similar protests were met in Syria, Libya, or Egypt.

What is unfortunate, however, is that the protests have overshadowed Russia’s entry into the World Trade Organization – an event 18 years in the making. Michael O’Flynn of UFG Asset Management has called WTO entry “unabashedly bullish in terms of market sentiment, expanded multiples, and general acceptance of Russia as a legitimate investment destination.” There is no better time to reflect on Russia’s status and potential as a center of innovation and entrepreneurship.

Russia has a lot going for it today. It is nowhere near problem-free: there are meaningful problems with corruption, terrorism, the rule of law, and demographics. However, you could also argue that it is the most financially and politically stable it has been in its history, thanks to the high price of oil and Vladimir Putin’s leadership. (I say this with full knowledge that many people have a visceral, knee-jerk reaction to both extractive industries and Putin.) Under these circumstances, there is a potential for a real, meaningful technology culture to (re-)emerge.

Venture capitalists have been most active pursing a “business model arbitrage” (aka, cloning) strategy. The most prominent Russian clones include vKontakte (Facebook clone), Ozon.ru (Amazon.com clone), OdinOtvet.ru (Quora clone), VitaPortal (WebMD clone), RentHome.ru (HomeAway/AirBnb clone), AlterGeo (Foursquare/Yelp clone), Sapato.Ru (Zappos clone), Domgeo.ru (Trulia clone), Privat Trade Ltd. (Gilt Clone), Babyboom.ru (Zulily clone), and BigLion (Groupon clone). The clone strategy has no doubt been inspired at least in part by the success of Chinese clones (for example, Renren, Weibo, and Lashou) as well as the success of Yandex, “the Google of Russia,” which IPO’d in May.

Apart from traditional venture capital firms, incubators, such as Digital October, InCube, and Finland-based Startup Sauna are contributing to the ecosystem, as are government-sponsored initiatives, such as Rusnano, a fund aimed at building Russia’s nanotechnology industry, and Skolkovo, an innovation center in the suburbs of Moscow.

Skolkovo (pictured) deserves special attention. This “Russian Silicon Valley” is a science park located outside of Moscow. There is a “trailer” for it online. Skolkovo features a Western-style business school, Skolkovo Moscow School of Management, and an “Innovation City”, an office space complex for science-based startups. The idea was to create a hub of innovation and technology in Russia, a single location that would benefit from many of the same synergies that Silicon Valley, Boston/Cambridge/Waltham, Herzliya/Tel Aviv, and Cambridge, UK enjoy: a critical mass of all of the raw materials for startups, including engineers, managers, lawyers, bankers, and venture capital.  So far, the plan to attract high tech companies seems to be working. As of November, Skolkovo is home to 200 startup companies, and there are plans for 10 corporate R&D centers, including those funded by Siemens, Nokia, IBM, GE, and Dow, and a corporate venture arm of Johnson & Johnson. 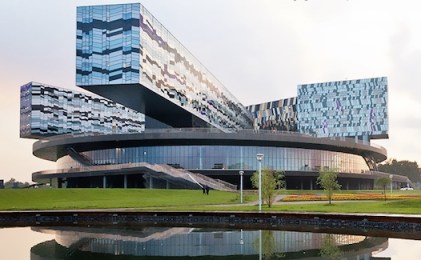 Microsoft and Skolkovo just reached an agreement, wherein select Microsoft seed investments will be matched by Skolkovo, and Cisco announced it will open an innovation center there. (For more on Skolkovo, see the great coverage by Knowledge@Wharton, Wharton’s online business magazine, and The Atlantic Monthly).

These developments are a good sign, but there is still room for improvement. Five steps could improve the climate for business and innovation in Russia:

1. Reform the education system – When one looks at a list of Nobel Prize and Fields Medal winners, it becomes obvious that Russia has done an excellent job training generations of scientists, engineers, and mathematicians. However, the country has been less successful developing entrepreneurs and managers. Incorporating pedagogical techniques designed to encourage creative thinking and team work would be a good complement to rote memorization.

2. Focus startup/technology efforts on computer science/IT, rather than life science or cleantech – There are several reasons to do this: (1) Computer science/IT-based companies are less capital intensive and are easier to scale. (2) These companies have historically created the best economic returns for investors. (3) It is easier to avoid corruption in these industries, because there is less customer concentration and less government oversight. In cases where a few people can act as bottlenecks, there is the greatest threat of corruption; for example, an oil and gas exploration company is reliant upon cooperation with a pipeline company, whereas there is not one single company that has an equivalent amount of influence on software companies, such as IBM or Oracle.

3. Manage corruption and lack of respect for rule of law– Corruption and/or perceived corruption is the great bugbear of doing business in Russia.

Andrey … feels that he doesn’t need the country, and declares that he does not want to run a Russian company, which might be forced to pay “dirty,” under-the-table salaries to avoid a crushing tax burden, or to deal with extortion from corrupt tax and fire-code inspectors. “My perfect plan is that I don’t ever return to Moscow,” he told me. He would figure out the permanent-visa thing once he got to New York; for now, he was just eager to get out. “I don’t want to come back,” he said. “I want to live in America.”

There is no magic bullet for this problem. This is where a Skolkovo site could be valuable. It is easier to keep roaches out of a new house than it is to remove them from an old house. It would be tough for the federal government to end corruption everywhere, but a concentrated effort in a small geography could be possible.

4. Make Russia/Moscow/Skolkovo a pleasant place – Moscow has an image problem. About a year ago, a Reuters article had this to say about the city: “Glitzy and decadent, the non-stop Russian capital is famed for its exorbitant prices, extravagant nightlife and freezing winter temperatures.”  The eXile, a paper founded by American expats, captured the zeitgeist with articles, such as the very offensive “Moscow Babylon: Decadence is Boring.” Not exactly a cup of tea at University Coffee Café in Palo Alto.

Consider again The New Yorker feature on Andrey Ternovsky: “When he travelled to San Francisco, the following week, he found the America he had imagined for himself. The sunshine was ‘heaven,’ and he was able to work poolside at his hotel.”

Las Vegas or Tijuana might be fun for a bachelor party, but most engineers and investors, don’t want to live there. While not much can be done about the Russian Winter, at a minimum, Skolkovo should spend special attention to keep casinos, prostitution, and hard drugs out. It is also important to have simple things, such as dual-language, English-Russian signs, in order to make navigation easier. And it might be valuable to subsidize the cost of living. People may complain about how expensive Silicon Valley/San Francisco is, but a $100,000 salary in San Francisco is equivalent to an $81,893 salary in Moscow.

5. Pay people to come – Imagine the following: Take a list of the 100 best computer scientists/computer science professors/engineers in the world, offer them a salary of $1,000,000/year (adjusted for inflation each year) for 10 years with a matching $1,000,000/year stipend for research, etc. Let’s assume they all agree — which is unlikely – but that would be only a small fraction of the $2.8B Russia has planned to invest in Skolkovo. Russia was able to attract Euler and the Bernoullis – no reason it can’t attract the best today.

The main hurdle to such an endeavor would be excess nationalism. Unfortunately, there have been several high-profile cases of minorities being attacked and sometimes killed in major Russian cities.  A more subtle version of nationalism is a “not invented here” bias. “Why invite Western scientists, if the Russian scientists are the best in the world?” “Why put Russian signs in English? They should learn Russian!” Again, there is no magic bullet here, but making sure that Skolkovo is shielded from this mentality is crucial. It is hard to imagine a successful center of innovation that is not international, full of American, Israeli, Chinese, and Indian programmers and engineers.

Is a Hippy Culture Necessary?

Some people argue that Silicon Valley is so successful because of its counterculture, “hippie” heritage. Consider the much-cited anecdote of Steve Jobs’ experimentation with LSD. This idea is explored in detail in John Markoff’s What the Dormouse Said: How the 60s Counterculture Shaped the Personal Computer and Theodore Roszak’s From Satori to Silicon Valley: San Francisco and the American Counterculture.

It is unlikely that Skolkovo is going to become Berkeley, but it is not clear to me that this is a prerequisite. It is hard separating the correlation from the causation. There are other centers of innovation that lack this culture (consider financial innovation in New York or London), and there have been other modernization efforts that lack this culture (consider the Meiji Restoration, Peter the Great’s reforms, etc.) On the flipside, perhaps a bigger driver of technological innovation is military sponsorship. This was explored by Steve Blank in a lecture at Google, and Viktor Vekselberg, the Skolkovo Foundation’s president, has also explicitly commented on Silicon Valley’s military connection in The Atlantic Monthly.

Those of us who came of age after the end of the Cold War see Russia in a very different light than most Russians do. It is easy to see the turmoil of the early 90s, the economic crisis of the late 90s, and the dysfunction of the 2000s and forget how dominant Russia was simply 50 years ago.

Like many Americans, many Russians believe in Manifest Destiny. Russia’s place in the world order is as a leader; not necessarily as the feared, unpredictable country from the Cold War, but as an indispensable country, as in Napoleonic Europe. Provided this national ambition manifests itself in a positive, economic manner, Russia can emerge as a top country for technology and entrepreneurship. The top VCs who have invested in Russia in the past year certainly believe this. 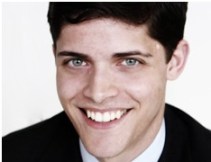 Mac Elatab (@Rollscritique) is a member of the investment team at TrueBridge Capital Partners, where he covers Russia and other Emerging Markets.