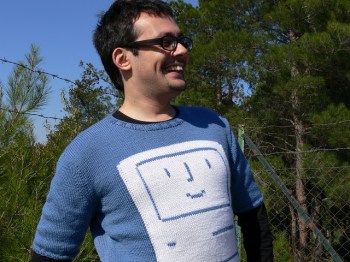 The mobile devices and tablets we choose to tote around speak volumes about our attitudes and outlooks on life, should you believe the findings of a new study.

iPhone and iPad owners are the most optimistic group within the mobile device-carrying population — 29 percent of iPhone owners and 60 percent of iPad owners expect the best in uncertain times — and they’re also the least likely to get upset easily, according to a survey gadget recycling company Gazelle conducted at the Consumer Electronics Show in Vegas.

The study, commissioned to understand the sociology behind types of smartphone buyers, had some other intriguing findings. The i-types are typically more social and tranquil beings, for instance. And a member of the Android pack is also likely the workaholics among us, as 48 percent of Android phone owners and 64 percent of Android tablet users indicated that they think it’s important to keep busy.

Should the findings cause shock, horror or bitterness — we’re talking to you, BlackBerry users — you can take solace in the fact that CES attendees may not be all that representative of the larger population. VentureBeat put in a call to Gazelle to find out more details about the methodology behind the study. We’ll update this post when we hear back.

More of Gazelle’s findings are below: 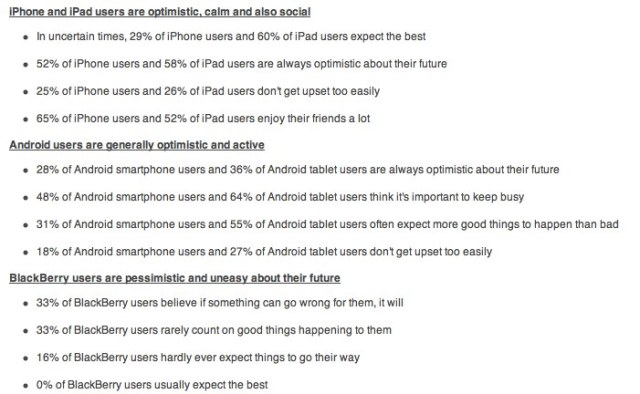