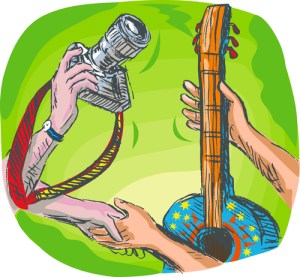 he concept of “Collaborative Consumption” is not new in the West, but it is in the East and especially in China. The term collaborative consumption basically means sharing things with other people — via barter, trade, or rental — and giving access instead of ownership. The Internet has pushed this quaint notion beyond just sharing between friends to create a powerful business model.

Much of this dynamic has been enabled by technology that allows us to create and form virtual networks in a very efficient way. By connecting with one another online, the speed and scale of the network can grow so quickly that it is impossible to know each other on a personal level. All we can care about is, does a person have what I want, and can I trust them to give it to me.

But in China, this is exactly biggest problem — the lack of trust.

There are a lot of new models like this that are changing society from hyper-consumption to hyper-utlization. It makes sense for us to maximize the value of our things, so they’re not wasted. Sharing things means we don’t always have to own something, but can instead borrow it from someone else. This makes it cheaper for someone who doesn’t need it all the time, and generates extra money for the person lending it out.

Rachel Botsman gave a TED Talk in 2010 and explained that this model of sharing helps the world by extending the term that is often used for environmental protection “reduce, re-use, recycle” and now “re-distribute.” The implications of this are massive. It can greatly reduce the need to manufacture or produce as many things in the world, thereby saving the environment or using up tons of unnecessary energy, electricity, money and other resources. However, the collaborative consumption model might worry existing companies because they will no longer be able to sell as much. (I guess its payback time for all the companies that purposefully manufactured products to last less time that they potentially could, just so we’d have to buy more.)

Again, a pre-cursor to us using such sites or collaborative consumption platforms is trust. However, the Internet over the past ten years has already started to build-in mechanisms that solve such issues. There are ratings, reviews, comments, background checks, and scores. Botsman points out in her talk that, since we spend so much time online, we are leaving traces of our personality and credibility everywhere. Instead of people needing a credit history to prove they are reliable, all the transactions, comments and interactions they’ve made online will form the value of our “social currency.”

You can see it on the streets here in China; people don’t really trust one another. Usually it is the foreigner that is told to hold their bag in front of them, in case they are robbed. But in Beijing at least, I see Chinese people holding their bags in front too. There are so many people in China that the range of characters and trustworthiness immensely varies too. Even Chinese people tell me there is a trust issue here. When stories stick in people’s psyche about people cheating each other at the market or government officials being corrupt, it makes you wonder, who can you trust?

In the e-commerce space, trust is an issue that has had to be resolved for tech companies to function properly. Alipay, the payment gateway of Alibaba (the PayPal of China) solved much of the problem by working as an escrow system. Money is paid through Alipay, the goods are delivered, and when goods are received the money is released to the seller. China needed this system before it could really grow into such a huge e-commerce industry. However collaborative consumption and e-commerce are different, whereby collaborative consumption has a stronger focus on the person.

I know friends who are working on collaborative consumption models in China and have the vision to unlock the full potential of assets, reduce waste, and save the environment. This is a great mission and should be pursued in China. However I think that it will be a challenge to make it widely embraced in China, at least now.

This article originally appeared on TechNode, a VentureBeat editorial partner based in China.