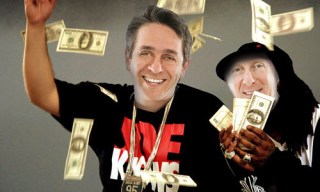 While the overall economy in 2011 was still on shaky ground, VCs continued to “make it rain” on startups in need of institutional funding.

According to data from Dow Jones, overall investment in newer companies showed a 10 percent year-over-year hike. For Internet companies, though, the increase was closer to 23 percent between 2010 and 2011.

VC investments in web and mobile companies (classified by Dow Jones as the consumer information services sector) added up to $5.2 billion for 452 deals during 2011. These numbers represent a 23 percent increase in the dollar amounts raised between 2010 and 2011 and a 14 percent rise in the number of deals year over year.

The numbers for venture capital investments were buoyed by large rounds for later-stage companies such as Twitter and Zynga, both of which raised hundreds of millions of dollars in institutional funding in 2011.

Twitter closed two separate $400 million rounds in 2011, one in late July and one in September.

Zynga’s February funding round, which closed between $250 million and $500 million, left the company valued at around $10 billion.

Altogether, late-stage deals for older startups like these accounted for 72 percent of the money raised for the web sector in 2011. Seed rounds and first rounds made up 57 percent of the deals for the consumer web industry.

“Venture capitalists still have a strong appetite for early-stage web startups, but more mature companies may be swallowing some of the available cash,” said Dow Jones VentureWire editor Zoran Basich in a release today.

“As companies delay the process of entering the public markets during a difficult time for IPOs, the additional venture funding they need is leaving investors with less capital for new investments.”

While the median amount for a first-round investment in a web startup shrank by 33 percent to just $2 million, the median for a later-stage round rose by 43 percent to $10 million in 2011.

Other particularly bright spots were IT software and enterprise services and technologies.

The business and financial services category saw rising investments for the third consecutive year. Due to VC interest in data management, marketing, and advertising, 2011 brought 546 deals for enterprise tech and services startups. Altogether, these types of companies raised $5.1 billion, a 9 percent increase in deals and a 36 percent increase in capital raised between 2010 and 2011.

While VCs seemingly had no problem writing checks in 2011, investment firms did have a lackluster year in 2011 when it came to raising funds themselves. All told, 135 U.S. venture capital funds raised $16.2 billion, representing a 12 percent decline in the number of funds raised this past year.

“The industry has not yet bounced back from the recession,” said a Dow Jones spokesperson in an email.

Also, in the middle of 2011, many investors were citing a lack of confidence in the current startup market, especially regarding web startups, where many investors saw a bubble swelling.

At the time, one investor stated, “2011 will be remembered as the year that everyone went nuts and overpaid — $1B is the new $100M valuation. For most, this will end in tears.” Another VC said his confidence in consumer-side tech was “high … in the next six to twelve months until the bubble bursts.”

Our apologies to the managing partners at First Round Capital whose images were used in the thumbnail above. We thought they might have a good sense of humor about such things.