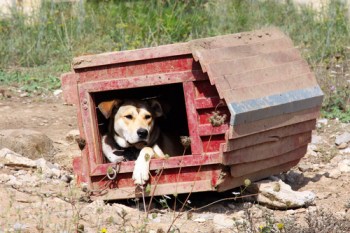 Curebit co-founder Allan Grant has posted a public apology to 37signals for stealing its design and code.

Social-referral startup Curebit made the admittedly boneheaded mistake of ripping off design and assets from 37signals, one of the best-known schools of UI and startup thought-leadership on the Web. When the mistake was made public over the weekend, a storm erupted on the Internet, causing many to question just how much traditional intellectual property rules come into play at small startups.

Grant initially excused his company’s actions, stating that the Curebits team was still small and was using the lifted design and assets in A/B testing.

This time omitting any excuses, Grant writes, “We did more than take inspiration from their design — we actually used html & css code, and hotlinked to images on their site. We apologize to David and 37signals for ripping off their work. It was stupid, lazy, and disrespectful of their creative efforts.”

Grant also posted the apology to Hacker News, the nexus of discussion around the issue, as there were issues with the Curebit blog over the weekend.

However, Grant has left something out: his company’s also stolen work from San Francisco-based recording artist Random Rab. Curebit apparently lifted a track from the musician for its demo video on YouTube — a move that was recently brought to the artist’s attention.

“I certainly gave them no permission,” wrote Random Rab in an email to VentureBeat. “Seems like they have no ethical boundaries.”

The musician has reached out to Grant repeatedly, but to date, his song has not been removed from the company’s demo video.

We’re sincerely hoping that this is the last instance of Curebit’s IP-stealing habits that will come across our desk. Picking on a small startup isn’t as much fun as it looks like, folks; we just wish everyone could get along — and be honest, work hard, and own up to their mistakes.