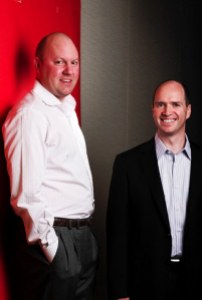 The company has a few exits with Skype, Groupon, and Zynga. On deck in its portfolio is Facebook, which will likely file for an IPO this week. Rounding things out are growing startups like Foursquare, Fab, AirBnB, and Pinterest.

“a16z’s Fund III is all about extending our capabilities to more disruptors and pioneers,” said co-founder and general partner Ben Horowitz in a press release. “We’re remaking the modern venture capital firm, and entrepreneurs are responding to our unique approach.”

“Software is the catalyst that will remake entire industries during the next decade. We are single-mindedly focused on partnering with the best innovators pursuing the biggest markets,” added co-founder and general partner Marc Andreessen.

On his blog, Horowitz tries to intercept the doubters in a post titled, “Why Has Andreessen Horowitz Raised $2.7B in 3 Years?”:

Since Marc and I founded Andreessen Horowitz three years ago, we have raised $2.7 billion. That statement begs a few questions. The two most obvious are:

What follows is a long spiel about how founding CEOs are better than professional CEOs and explaining Horowitz’s belief that building a big network of connections is the best way to help companies succeed. All sound principles, but basically a total non-answer in terms of why the firm needs so much money and how it convinced people to hand it over. Are we missing something, or is this blog post just an exercise in good SEO?