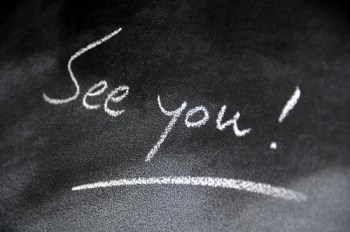 Three of online-publisher Demand Media’s founders have called it quits.

Today, the departures of Larry Fitzgibbon, Joe Perez, and Steven Kydd were confirmed by Demand. All three co-founders had been executive vice presidents at the company, which they helped build starting about five and a half years ago.

The company, which is headquartered in Santa Monica and has offices around the globe, is in the business of online content production and distribution. The content farm operates such properties as eHow and Cracked.

Perez had been in charge of product marketing and community, Fitzgibbon oversaw Demand brands, and Kydd was in charge of Demand Studios, which produced original articles and video content for Demand.

A Demand rep said the concurrent departures were merely a coincidence.

Although all three held equity in Demand, only Fitzgibbon’s stake was large enough to trigger the filing of an SEC form, which reads,

In connection with his resignation, Mr. Fitzgibbon entered into an Executive Separation Agreement and General Release with the Company dated as of January 27, 2012. The Separation Agreement provides that Mr. Fitzgibbon will receive the following benefits in connection with his separation from the Company: (1) accrued but unpaid base salary through the date of separation, (2) his accrued bonus at 100% of target for 2011, in an amount equal to $125,000, (3) twelve (12) months of continued COBRA coverage and expense reimbursement under the Company’s Executive Medical Reimbursement Plan, (4) acceleration of 21,750 of his currently unvested restricted stock units and (5) one year to exercise vested but unexercised stock options outstanding as of the date of separation.

Since its inception in mid-2006, Demand Media has taken a total of $375 million in funding; its most recent round closed in late 2007.

The company went public early in 2011, but the IPO was delayed from an expected late-2010 date due to an SEC investigation on Demand’s “creative” accounting for evergreen content.

Stock is currently trading on the New York Stock Exchange under ticker symbol DMD at $6.28, down significantly from $20 price one year ago.