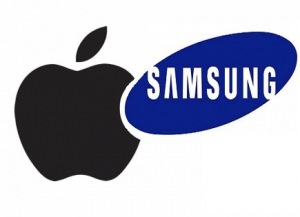 Poor Apple. Those guys just can’t win. Especially in a certain German court, where they tried to sue Samsung over the design of the Galaxy Tab 10.1N tablet and Galaxy Nexus phone.

Last August, the iPad maker was granted a preliminary injunction to halt sales of the Galaxy Tab 10.1, a decision that one analyst called “an unmitigated disaster.”

However, today’s decision (in the case LG Muenchen 21 O 26022/11) applies to a revised version of the same tablet. The Tab 10.1N was created and marketed in Germany to circumvent the ban.

Where the 10.1N is concered, the Munich Regional Court turned down Apple’s request for a ban on grounds of patent infringement. The patent in question covers a seemingly minuscule piece of technology: a UI element to show a user when he or she has reached the end of a scrolling page.

“Samsung has shown that it is more likely than not that the patent will be revoked because of a technology that was already on the market before the intellectual property had been filed for protection,” said judge Andreas Mueller in his ruling today.

The fight is far from over, however; Apple is also going after Samsung over the Galaxy S Plus and the S II, also attempting to ban sales in Germany.

Last year, Apple also won a temporary ban on the Tab 10.1 in Australia, and Samsung itself took a few patent-related shots at Apple in a French court in the fall of 2011.

The patent lawsuits between these two contenders began back in April 2011 — that’s when Apple first started making patent claims about the Samsung Galaxy lineup. The first suit in the ongoing barrage was filed in the U.S. District Court in Northern California, Apple’s home turf.

It never gets old, folks. Just kidding; it really, really does. Here’s hoping the lawsuits stop soon and the gadgets flow freely across the EU and everywhere else.