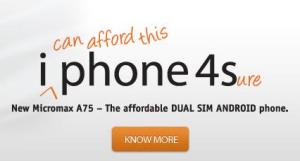 Above: The aspirational Android

Gadget blogs pounced on mobile-internet device maker Peek yesterday when the company announced it was killing off service for its devices running on T-Mobile. What they missed was a $15 million fund raise from Peek, confirmed by chief executive Amol Sarva to VentureBeat, as the company expands its business aggressively in Asia.

On January 30 users who had paid $299 for “lifelong service” on the companies bare bones email and Twitter devices were surprised to find that they no longer worked. CEO Sarva didn’t offer up much of an apology.

“Unfortunately we cannot maintain the network forever for a few users, so that end time has come. The networks are changing standards, protocols etc and the old units are now end of life,” he told Endgadget. “We have lots going with rapid adoption of our software by phone brands around the world, so Peek is flat out building for a number of platforms that our OEM customers are deploying like Android and Mediatek. We are not offering a Peek-made device to replace these old ones.”

Peek has pivoted from producing hardware to delivering a cloud platform that lets the explosion of mobile consumers in Asia run smartphone apps on relatively low-end feature phones. “Demand for this is very high as India and other markets have huge numbers of people wanting to use their phones with email, chat, web, social network and other Internet services,” Sarva told VentureBeat by email. “Yet most cannot afford expensive devices. Using Peek’s cloud platform and software, we can bring this to simpler devices.”

The company is partnering with vendors like India’s Micromax, whose ad campaigns encourage customers to believe they deserve an iPhone, even if they can’t afford it. “The biggest trend for us now is our suite of services for Android on the lowest-cost platforms. Android will be widely available on $20, 200 Mhz phones very soon — but not in the form being designed in Mountain View and not with Google’s web services,” writes Sarva. “As more people can afford qwerty and touch screen phones, and as our partners install Android on these phones, our software makes it possible for high performance apps. Peek’s mail app is 10x smaller than Google’s Gmail app on Android.”

It’s not clear yet whether Peek’s American customers will demand compensation for their “lifelong service”, but the news that the company is still very much in business and flush with capital is certain to irk Peek patrons who found that their devices suddenly stopped working.