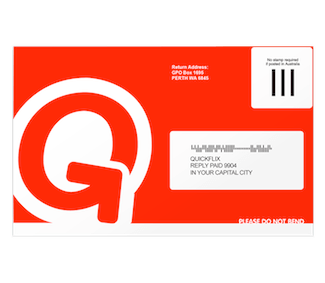 Quickflix is one of the largest streaming and physical (DVD and Blu-ray) video rental services in Australia. The company’s streaming video-on-demand subscription service is integrated into a variety of devices, such as Smart TVs, Playstation 3, Blu-ray players, and select Android-based mobile devices. Quickflix customers have access movie and television content from Sony Pictures, Warner Brothers, NBCUniversal, HBO, and others. The company reported having over 94,000 paying subscribers and $4.3 million in revenue for Q4 2011.

The investment is definitely an interesting move for HBO, which is primarily focused on its domestic content channel. HBO has 41 million global television subscribers, which the company is trying to transition into active HBO Go streaming service users. Arguably the new stake in Quickflix could signal that HBO identifies streaming services as real competitors, which it would rather own than compete against.

It’s also possible that HBO, which is wholly owned by Time Warner, is adjusting its strategy to compete against streaming video service Netflix. Over the past few months, Netflix has implemented an aggressive international expansion into the U.K., Ireland, and Latin America. HBO may have decided to get a jump on Netflix’s future international expansion plans into Australia by grabbing a stake in Quickflix.

If Quickflix’s board approves the investment, HBO will take a 15.7 percent stake in the company as well as appoint a representative to the Quickflix board.

via The Sydney Morning Herald