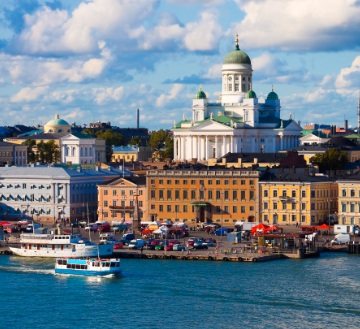 Finland has a thriving startup culture with an impressive level of vision and ingenuity. Plus, it’s a great party town.

A few weeks ago I was invited to Helsinki as a guest of Finnish investment fund Vision+. Soon after landing, word spread that a scion of Sean “Diddy” Combs had arrived in town, and I was shown the red carpet. (I used to work with Diddy.) I spent seven whirlwind days taking meetings and partying hearty with some of the best and brightest tech companies and startups that Finland had to offer, including folks from leading game publisher Rovio.

One of my favorite finds was Hitlantis, which has one of the most unique graphical user interfaces I have seen from any music startup. With over 6,000 independent bands already using the platform, platforms like Myspace, Spotify, and Google Music could be bolstered by acquiring this unique startup. As a lover of music and games, I fell for Hitlantis’ unique Music Plasma-like GUI, which enables music discoverability that eludes most of us on Vevo, Pandora, and Spotify. Instead of a list of “Featured Artists”, Hitlantis allows for actual contextually relevant discovery. 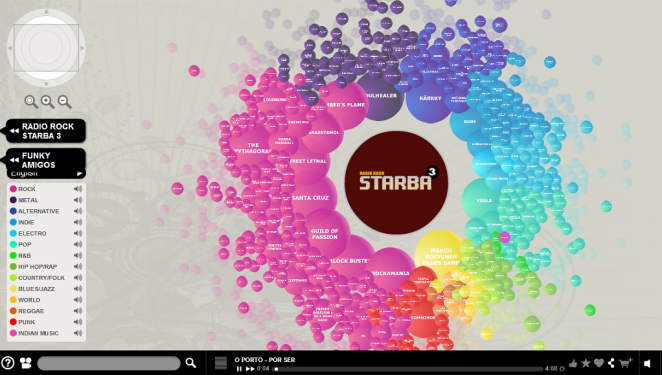 One of my other favorites, Kiosked, may end up changing the way online retailers operate. With its distributed content retail model, Kiosked lets consumers engage a retail transaction through any Kiosked-enabled image on the web. Imagine a politician using every image of himself online as a way to raise capital for his political ambitions. Imagine Lady Gaga selling her music through every image of herself on the web. This company looks like a game changer. 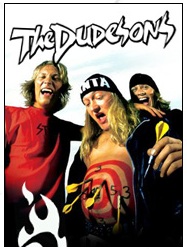 One of my favorite nights in Helsinki started with a dinner hosted by my hosts at Finpro. To put Finpro in context, the organization consists of 66 offices in 45 countries offering Finnish companies local market knowhow in all major global markets.They work closely with Tekes—the Finnish Funding Agency for Technology and Innovation—and the other key actors in the Finnish innovation system to offer Finnish startups a kick start for their international growth. Their presence isn’t limited to tech, though, so I had the pleasure of meeting Jukka Hilden a partner at Rabbit Films at dinner that evening. Although I tend to stay away from physical comedy troops, Rabbit Films and their Dudesons content franchise have shown that with an aggressive and unique approach, a Finnish media company can reach a global audience. Their partnerships with US-based production companies and development deals with content aggregrators across the globe are a model for any fledgling production company.

As a gamer and mediaphile, I always find it a rush to discover the next generation Napsters, Spotifies, and Guitar Hero’s. Along those lines, SongHi is one startup I thought was particularly interesting.

SongHi is a social music game where you can earn fame by making your own songs, customizing your own virtual music character, decorating your personal home, and sharing all of this with your friends in a game-like environment. This game certainly engaged my creative juices. In SongHi you don’t need to know anything about playing musical instruments, composing, or notes. You can create music easily by ear with only a click of the mouse.

As in the more progressive virtual environments, consumers might even run into their favourite bands and artists in SongHi and join their music-making competitions!

In the non-music space I found two startups particularly interesting: Web of Trust and Fair Tourist.

Web of Trust, the first crowdsourced safe-web-browsing tool grades websites on their safety and lack of harmful spyware and virus’. With almost 30,000,000 users, this platform is creating a web within the web of safe sites.

Fair Tourist is the first platform that encourages sustainable travel across the globe.This platform empowers travelers, tourism businesses, as well as investors and non-profit organizations to create a community that takes action and changes the face of tourism. The community has a shared vision of a new era of tourism. In its vision, the interests of the local communities, tourists, businesses, and the environment intertwine creating a sustainable world for travelers to experience. Fairtourist aims to become the leading platform to fulfil this vision.

Destinations get the necessary funds for their development projects; the conservation of the environment, restoration of precious historic monuments and places, and capacity building projects to manage tourism in a sustainable way. The traveler gets an enhanced experience, and sustainability is improved.

My trip to Helsinki wouldn’t have been complete, of course, without the serendipity of staying in the same hotel as Pop Icons Maroon 5. After running into the band at dinner, I ended up at their concert at Helsinki’s “Cable Factory” along with thousands of screaming Finns. Quite an unexpected treat.

168 hours in Helsinki was slightly more expensive than a week in NYC or SF, but the quality of the restaurants combined with the high quality of the nightlife provided by groups like Night People Group and venues like Ari Cocktail Lounge created a perfect environment to engage the next generation of startups to follow Finnish success stories like Rovio and Nokia.

For the roving tech traveler, I give Helsinki an 8.8/10 on the business and play scale. Other aspiring Silicon Valley clones will have a hard time competing, so you better get started!

He is currently CEO of FIGHTER Interactive, Inc, which builds celebrity and brand-driven games and applications for the Facebook, iPhone, Android, and iPad platforms.

He began his career as an investment banker at Citigroup’s Salomon Smith Barney.