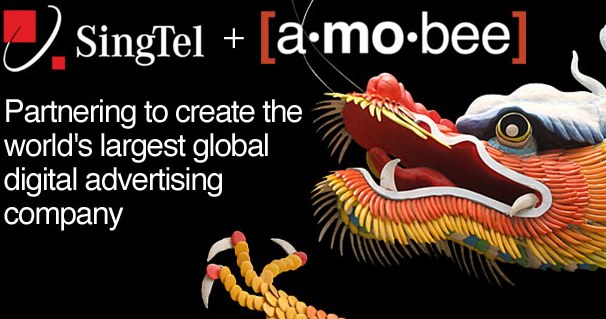 SingTel, Singapore’s leading mobile operator and the country’s biggest company by market cap, announced today that it has acquired the U.S.-based mobile advertising firm Amobee for $321 million in cash.

The move will obviously make SingTel a big player in the mobile advertising game, but the company says that the acquisition will also lead to further markets like targeted deals, coupons, and consumer loyalty rewards, reports Marketwatch.

SingTel currently boasts 434 million customers in 25 countries, so there’s certainly plenty of potential for money to be made in mobile ads and marketing. The deal seems a bit overvalued, as Marketwatch points out that Amobee’s unadited consildated net asset value was only $600,000 as of November 30. Redwood City, Calif.-based Amobee has also raised more than $42 million to date from Accel Partners, Sequoia Capital, and others.

“The way we value this company is not based on just the net tangible assets. We value this company based on what we think eventually it will be worth,” Allen Lew, the newly designated head of SingTel’s digital business said in a press conference today. “The mobile marketing industry is embryonic, it has huge growth potential.”

Amobee was recently awarded the Mobile Marketing & Advertising Agency of the Year award at the Mobile World Congress last week, in part thanks to its innovative mobile ad campaigns. SingTel announced that it would also be restructuring its business into three units, Group Consumer, Group Digital L!fe, and Group ICT.