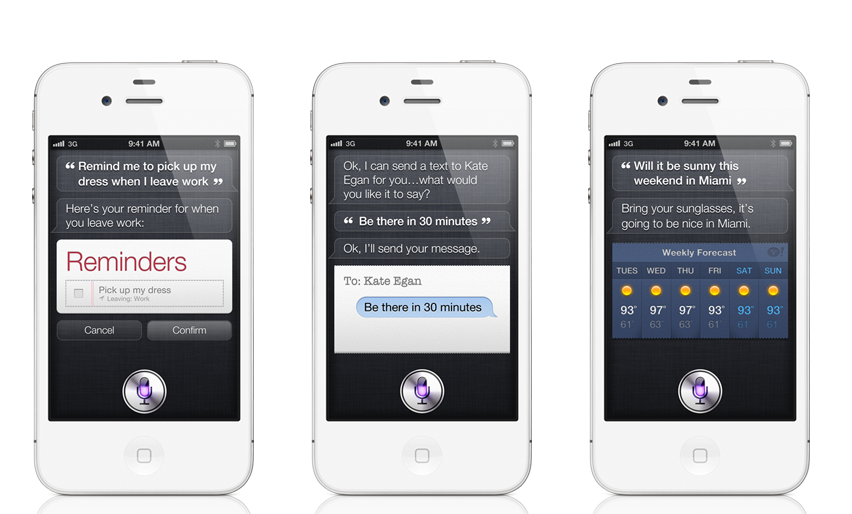 iPhone 4S owners don’t seem to be straying far from the basics when using Siri, the built-in voice-activated assistant, even though it’s capable of completing many different tasks.

Market research firm Parks Associates surveyed 482 iPhone 4S users to find out just how they used Siri. It found that 87 percent of iPhone 4S owners do take advantage of the voice-activated assistant each month. Around a third of them stay safe, however, using Siri only for making phone calls, searching the Internet, and sending text messages. But Siri is capable of a slew of other underused “tasks.” Apple’s commercials promoting the feature show people using Siri to set alarms, create calendar events, send meeting invitations, play music, and more.

Overall, only 55 percent of people who use Siri are happy with the feature, while nine percent remain dissatisfied. Apple does disclaim that the product is in beta and is still being tested and tweaked for future iterations. That disclaimer doesn’t sit well with every, however.

In a recent class action lawsuit, Apple was accused of misrepresenting Siri in its commercials. The plaintiff, Frank M. Fazio, claimed that he bought his iPhone 4S based on the commercials, but found Siri was unable to perform as advertised. Fazio also argued that Siri commercials are “false and misleading,” and that he was unable to complete some of the tasks shown in the ads.