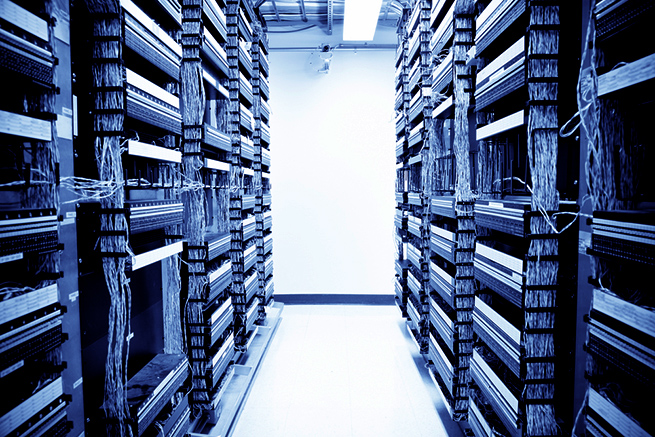 Energy management systems startup Vigilent has raised a $6.7 million round of funding to optimize energy efficiency at data centers using the power of “big data,” the company announced Tuesday morning.

One huge problem companies struggle with when it comes to data center management is how much power those facilities use. Google spotlighted its own energy usage at data centers, claiming its centers are 50 percent more efficient than other companies’. But not everyone has the resources to design and implement innovative cooling technologies.

That’s where Vigilent comes in. The company deploys wireless sensors in data centers and crunches all kinds of numbers to find ways to optimize energy efficiency. Vigilent negotiates a certain temperature with the company running the data center and works to come up with the best possible way to keep the center at that temperature.

Vigilent CEO Mark Housley told me there is an exceptional amount of energy being wasted at these centers. Some of that blame goes to poor design, while some goes to lack of innovation in cooling tech. “The companies that sell air conditioners should be ashamed of what they’re selling,” Housley said.

Housley also explained that Vigilent’s software automates the process of cooling and is smart enough to predict events. For example, during the Super Bowl, it would know to deploy more cooling than usual because of the increased heat generated by busy servers.

Vigilent’s first major round of funding was led by Accel Partners and the firm’s new “Big Data” fund. The company also attracted investments from angels Gaurav Garg and Peter Wagner.

“With proven technology and a significant track record with Fortune 50 companies, we believe Vigilent will have a transformative effect on energy efficiency in critical building infrastructure,” said Rich Wong, Partner at Accel Partners, in a statement.

El Cerrito, Calif.-based Vigilent has 90 deployments throughout the U.S., Canada, and Japan, with customers including Verizon, Akamai, and Informatica. Housley said the company is profitable and will likely double its revenues in 2012. The new funds will be used to move into new regions and expand its workforce.